A parcel of land at (then) 365 Jackson Blvd was purchased to build a larger space for the boys. 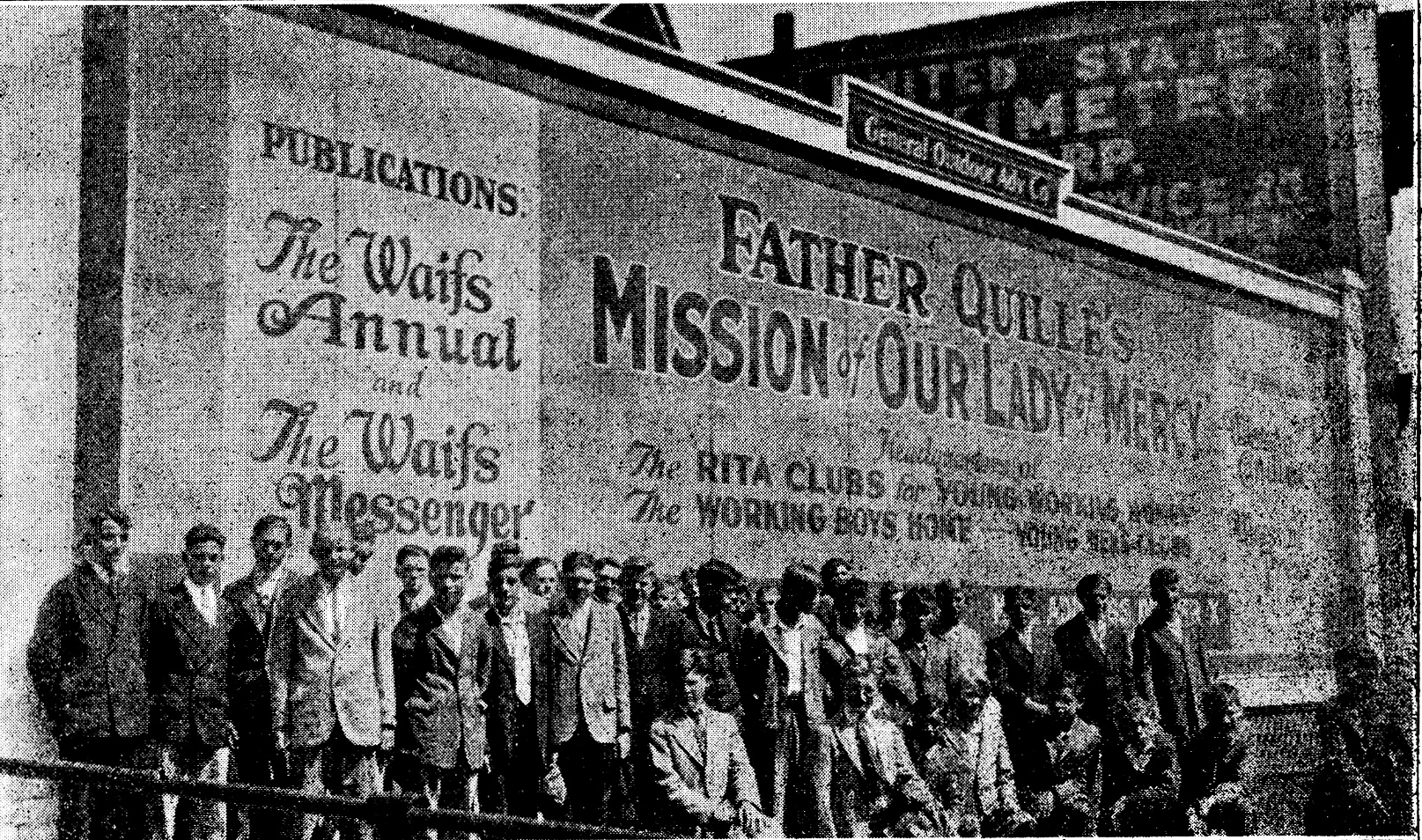 The gathering was attended by the Rev. Dennis Mahoney, a Boston priest on temporary assignment in Chicago who would become one of Mercy Home’s founding fathers. In his conversations with fellow priests that evening, Mahoney observed that the young and rapidly growing metropolis teamed with homeless and wayward boys and young men. Many had stolen rides on Chicago-bound trains from rural communities across the country in search of factory jobs and opportunity. What most found instead was vice and violence in the city’s untamed streets.

Mahoney noted that there were charitable institutions within the Archdiocese to care for babies, orphans, and the sick; schools to educate its students; and churches to serve its faithful. But there was no single institution to provide a stable home for “working boys and waifs.”

The guest of honor at the dinner was Chicago’s first Archbishop, Patrick Feehan. Feehan was moved by Mahoney’s thoughts on the problem. He pulled Mahoney aside and asked him to propose a solution. Mahoney later presented the Archbishop with his plan to establish a home for boys like these. Feehan approved the endeavor but assigned the Rev. Louis Campbell to run it. So Mahoney prepared to return home to Boston.

The next year, Campbell rented a collection of rooms in the city’s financial district to house the first group of boys. Then he rented a space a few blocks away and incorporated the Home as the Mission of Our Lady of Mercy. But the responsibilities involved in keeping the new mission afloat and providing for the daily needs of its children took a toll on Campbell’s health and he was reassigned to a local parish.

Mahoney asked to stay in Chicago and assume leadership of the Home. When he arrived, he found that the accommodations fell far short of the comforts that he had envisioned for the boys. They slept in green iron beds with only tattered clothes to cover them and a kitchen stove to provide feeble warmth. Mahoney slept in his overcoat each night and worked tirelessly each day to raise the funds he needed to improve living conditions. But he soon realized he would have to think bigger if the mission had any hope of surviving.

Mahoney concluded it would be better to apply the $200 he spent on rent each month—a considerable sum in the 1880s—toward a permanent facility. The landlord forced the issue when he raised the rent to a whopping $300. During the search for new home, the mission closed briefly. The young men were scattered among local families and in cheap lodgings. Mahoney bunked with friends and fellow priests.

Eventually, Mahoney had raised enough money to purchase land and some existing structures about a mile west of downtown Chicago—where our boys campus stands today. But there was still much work to be done. Mahoney needed to secure food, furniture, and other necessities. Revenue was hard to come by, while the needs of more and more youth grew each day. He worked tirelessly on improvements, adding laundry facilities and a playroom. He even added a printing plant to help raise funds to support the mission where the boys began to publish a newsletter, the Waifs Messenger. The Waif Messenger continues to this day and keeps thousands of our supporters across the country up to date on the impact of their donations. 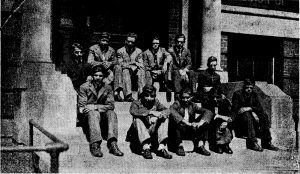 In 1901, Mahoney proposed a spacious new building for the boys. He said he wouldn’t consider his life’s work complete until it was built. But the adversities he weathered during the Home’s early years had caught up with him physically. Mahoney was forced to retire, and in 1906 was replaced by the Rev. Centennial J. Quille. Finally, in 1909, the structure that Mahoney had envisioned was dedicated on Jackson Boulevard—the red brick building that today serves as Mercy Home’s headquarters.

In 1911, within the space of 10 days, both Rev. Campbell and Rev. Mahoney returned home to God. Following Mahoney’s passing, The Waifs’ Messenger called his efforts to help our mission “almost herculean.” Mercy Home had come upon troubled times, “yet energy, perseverance, and abiding faith in Our Lady of Mercy eventually surmounted every obstacle.”

At Mahoney’s funeral Mass, Father Quille eulogized his predecessor: “He became the friend of the friendless, the brother of the poor and the humble…How could they help but love the great-hearted, genial man who made himself one of them.”

Today, the Rev. L. Scott Donahue serves as the eighth president of a mission that is celebrating 130 years of growth and service to the neediest young people in Chicago, thanks to the steadfast support of generous donors.

Read More about Our History