Anything Feels Possible Now For Eloise

The hours passed slowly when Eloise was at work. As she mindlessly rang up the purchases of the customers who came into the grocery store where she worked after school, it was hard to get her mind off all that needed to be done as soon as her shift ended.

Though she was named for the children’s book character, Eloise’s life lacked the glamour of her namesake who ran wild in the Plaza Hotel. Instead, every day after finishing work, she would walk the ten blocks back to the apartment she shared with her mother. She was never sure what disaster would greet her when she walked through the front door. Would the heat be off? Would her mother be drunk? Would there be enough food for dinner? Would there be another eviction notice on the door?

Her mother was, in a word, unreliable. Ever since Eloise’s father left the family, she was depressed and often turned to alcohol to numb her pain. Keeping a job was difficult for her. So was taking care of household responsibilities. That meant everything fell on her Eloise.

Eloise did all she could to keep the household running. She dutifully worked long hours to contribute to the bills. She cooked meals, did the laundry, paid the bills, and did her best to keep the apartment clean.

But no matter how hard she worked, it felt as if she couldn’t do enough. As she watched the past due notices pile up, things felt hopeless.

Eloise once had dreams of going to college. She watched documentaries about archeologists on tv with her parents when she was younger and dreamed of becoming one herself one day. She loved the idea of studying ancient civilizations and learning about the people who came before her. But as more responsibilities overwhelmed her at home, her grades continued to fall. She felt that she was watching her dreams slip away in slow motion but had no idea how to change anything.

As she grew more despondent about her future, Eloise decided to schedule a meeting with her guidance counselor to see if there was a way to get things back on track. She explained that her responsibilities were preventing her from performing to the level she wanted in school. She expected her counselor to recommend something like tutoring, but she had a much more intriguing suggestion: Mercy Home.

At first, Eloise didn’t think she could leave her mother. She worried that she would end up homeless. But her guidance counselor encouraged Eloise to consider her own future. She also said that Mercy Home could, in addition to providing her with academic support and a place to live, also provide support to her mother.

The more they talked, the clearer it became to Eloise that there was no other option—her family needed help, and it sounded like they could get it at Mercy Home.

And after visiting our Home, she was convinced: this was the place she needed to be.

After moving into our Home, it felt as though a burden was lifted off Eloise’s shoulders. No longer worried about adult responsibilities like paying rent and single-handedly running a home, she could finally focus on getting her grades up at school. She and her mother also regularly attend family therapy together. Eloise is hopeful that their relationship will improve.

Last semester, Eloise brought home a report card with all A’s! She has begun looking at colleges and is hopeful for what the future will bring and looks forward to reaching her goal of becoming an archeologist. Because of her hard work and the support of friends like you, anything feels possible!

Thank you for being a faithful friend to kids like Eloise and keeping them in your daily prayers. You are helping change lives! 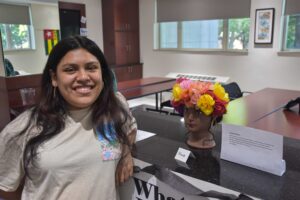 Art Show a Win For Our Young Women

Last week, Mercy Home’s craft cottage showcased our talented young women’s artwork for their peers.  And while the show was... 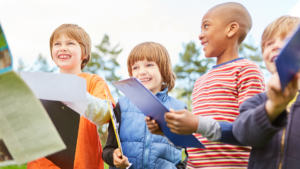 Epic Summer Activities to do this Summer

Summer’s finally here! And while most adventures around Mercy Home’s two Chicago campuses are surrounded by the hustle and bustle... 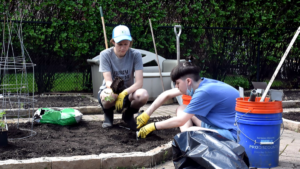 While many rainy days in spring keep our city streets drenched, the bounty of rain made for a wonderful Garden...