As Head Chef, Alan Mares-Green is a friendly and familiar face at Mercy Home’s cafeteria. His energy is upbeat, even as he prepares breakfast before dawn. The cafeteria is more than a place to grab a bite to eat. It’s a gathering place for coworkers and our young people where they find themselves lost in conversation, catching up and sharing stories with one another. While it’s a place for community, it’s also a place of self-discovery. Especially for Alan.

When our young people file in for their meals every day, they may not know that it was prepared by someone who was once just like them. Now 28, Alan’s first culinary experience was in 2013 when he lived at Mercy Home.

“I first came to Mercy Home when I was 19,” he says. “My first kitchen job ever was here [at Mercy Home]… washing dishes, cleaning tables. And then eventually, little by little, I got introduced to the technical aspects of cooking.”

While at Mercy Home, Alan decided to go back to school to study culinary arts.  “I went to Washburn Culinary Institutes, where Mercy Home’s former Head Chef got their degree.” Here Alan was able to complete an internship, network, and further pursue his passion for culinary arts. “Thankfully, Mercy Home was able to pay for my culinary program.”

To support Alan’s passion and desire to attend culinary school Mercy Home not only paid for his classes, but also provided him with the tools he would need to succeed.  “I needed a new knife roll because mine had ripped. And Mercy Home was able to provide me with a new one.”

While working and taking classes, Alan was thankful for the structure at Mercy Home that supported him while he pursued his education and the attentive staff who encouraged him at every step of the way.

To support Alan’s passion and desire to attend culinary school Mercy Home not only paid for his classes, but also provided him with the tools he would need to succeed.

“People were constantly checking in on me throughout the semester and created an environment for me to focus.” Since he had been out of school for a couple years, Alan leaned on Mercy Home’s resources to keep moving forward. After completing culinary school, Alan worked towards an associate’s degree from the City Colleges of Chicago system. To graduate, Alan had to complete required math and English courses, which he hadn’t taken since high school.

“I was taking a lot more credits than I probably should have. I was taking 22 credit hours of classwork. On top of that, I was working 40 hours per week,” he says. “But Mercy Home gave me a lot of study habits to utilize in order to stay on top of everything.”

From Chef to Social Worker

After transitioning from Mercy Home’s full-time residential care, he worked at a premier Chicago-based restaurant before returning to Mercy Home, this time as a staff member. His return was motivated by a desire to make a difference in children’s lives, just as Mercy Home did for him. Alan also mentors current Mercy Home youth who are interested in pursuing culinary arts.

“We’re going to give them enough tools to actually do this as a career if they choose to,” he says. “It’s really a full-circle moment.”

Today, head chef Alan begins his days in the kitchen counting orders and prepping for the day’s meal. But as he does, he’s also preparing for his future by enrolling in a social work program at Northeastern Illinois University. So, on any given morning while he thoughtfully pieces together our young people’s breakfast, he might also be piecing together an essay in his head that’s due for class later that night. After he earns his BSW degree, he plans to mix his passion for culinary arts with social justice. “Then,” Alan continues, “eventually I want to get my Ph.D. so I can work as a professor or open my own nonprofit that connects food with at-risk youth.”

The framework of Alan’s goal simmers in his mind as he plans for the future while juggling his busy schedule.

“I’d like to have an organization with a space that’s three stories tall. First floor is going to be a restaurant where kids can learn how to cook. Second floor will have resources that they can tap into, with mentors and maybe even Mercy Home alumni. Third floor will have more mental health resources.”

People were constantly checking in on me throughout the semester and created an environment for me to focus.

This way, Alan hopes to provide kids with similar backgrounds as his to the culinary arts with the tools and skills to be successful in the industry. He’d also like to provide educational skills on eco-friendly planting and cooking techniques.

“I’d like to have a garden where kids can learn about sustainable ways of creating food as a way of giving back to the community.”

The Right Ingredients to Succeed

As he puts his culinary skills to use, he often notices the tattoo on his arm, cursive black ink echoing lyrics written by his favorite band, My Chemical Romance: I am not afraid to keep on living is a constant reminder for Alan to persevere through difficult times in life.  “They celebrate that it’s okay to not always be okay,” he says. “It’s okay not to be like everybody else.”

Alan was introduced to Mercy Home nearly a decade ago. In the years since, he has accomplished more than he ever thought possible. But his ambitions to give back to his community continue to marinate in his soul as he remains disciplined and focused on his goals. And he credits Mercy Home with providing him with the right ingredients to succeed.

“I always say that Mercy Home set the foundation for the person that I am today.” 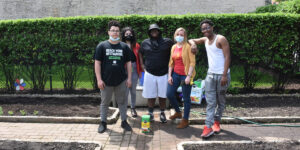 Ah, spring – the season of new beginnings. At Mercy Home, we welcome spring with open arms. So, in the... 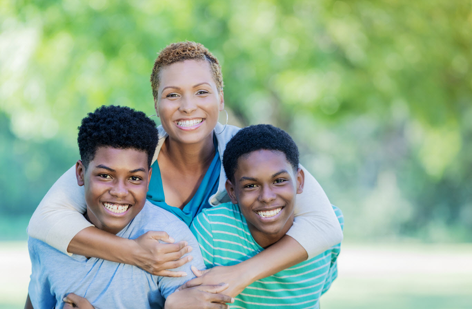 On May 1st, Mercy Home for Boys & Girls hosted its inaugural Empowerment Day for our young women. Mercy Home’s...

What a Wonderful Night