Exploring the Effects of ACEs on Child Development 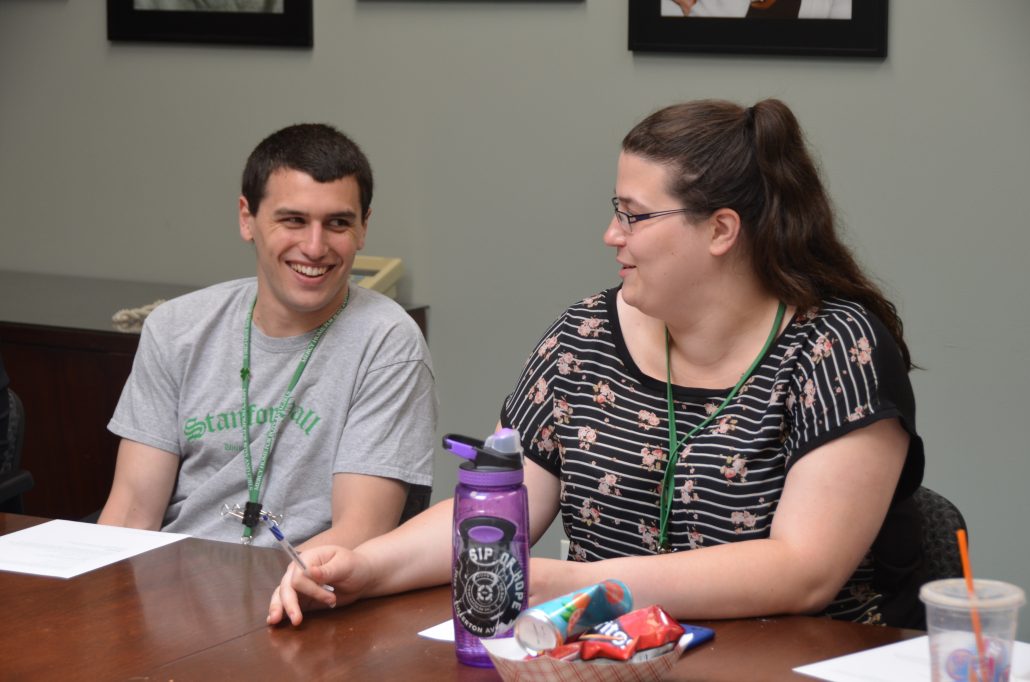 CHICAGO, May 10, 2018 — As part of the Kennedy Forum’s effort to encourage productive conversations around mental illness during the Chicago Community Trust’s annual “On The Table” initiative, Mercy Home coworkers led events on both campuses this week to examine the impact and implications of adverse childhood experiences, (or ACEs) on child development and long-term health.

At the boys campus, conversations were held in three different meeting rooms due to the large and enthusiastic participation by coworkers who came together from all departments to get a better understanding about the relationship between childhood traumas and our work in promoting healing and growth.

Moderators set the table by playing a short video that explained ACEs. The film described how the use of ACEs to understand better the connection between childhood experience and long-term health came from a landmark study by the Centers for Disease Control and Kaiser Permanente. In the study, 17,000 people, mostly college-educated and middle class, were asked about their health histories as well as difficult questions about their experiences growing up, prior to age 18. Questions included whether the respondent had experienced events like emotional, physical, or sexual abuse, neglect, violent treatment, separation or divorce, alcohol abuse or mental illness in the family. Researchers devised a numeric scoring system to measure the prevalence of ACEs in respondents and then examined how those scores correlated to serious health and social problems within the same group. What they found was that the higher the ACE score, the greater the risk for life-threatening diseases, substance abuse, lower life expectancy and other challenges. The film and the discussions that followed also described how ACEs could be passed down from generation to generation.

Coworkers then discussed the ways that ACEs impact our young people in diverse areas like education, relationships, and more.

But as both the film and discussion moderators stressed, ACEs should not be considered destiny. Rather, they are tools for identifying risk and empowering change, not just with our young people at Mercy Home, but also in schools, in our physician’s offices, and even in our own lives. As the study’s co-founder, Robert Anda, M.D. explained, “What’s predictable is preventable.”

In the same way that a better understanding of childhood adversity is a tool for caregivers, it can also be an inspiration for allies and friends. Participants agreed that discussions and awareness about ACEs are crucial in making change. Events like this week’s On The Table can inspire action on our part on many fronts. Whether it’s being more aware and intentional in how we interact with those who have suffered traumas and toxic stress, or actively engaging in mental health advocacy, conversation is key.

Outside of Mercy Home, and with the encouragement of the Kennedy Forum, organizations and individuals around the Chicago area participated in discussions that tackled other topics related to mental health and addiction, such as causes, improved access to treatment, and erasing the stigma around these issues that keeps many from seeking help that could change—or even save—their lives.

The Kennedy Forum advocates for equity in funding for mental health and other remedies to our country’s crisis of untreated mental health problems. But a core component of the project remains the goal of changing the way our culture views those with mental health challenges and removing the stigma that can prevent people from living their best lives.

In November 2014, Peter O’Brien, Sr., who operates MADO Healthcare, a family-owned behavioral and physical healthcare provider in Chicago, sought Patrick Kennedy’s help in establishing an Illinois affiliate of the Forum. The Kennedy Forum of Illinois is currently the only state-based member of the national organization. Its Leadership Council, which includes Fr. Scott and Cardinal Cupich, brings together some of the most influential figures in the state’s business and civic life to promote awareness through the media and advocate for research and improved access to mental healthcare. The Forum works with partners to identify and implement solutions in six focus areas where stigma hits home: in the workplace, schools, the justice system, families, healthcare practice, and veterans.

Read more about our past work with the Kennedy Forum of Illinois.

Photos from the Event 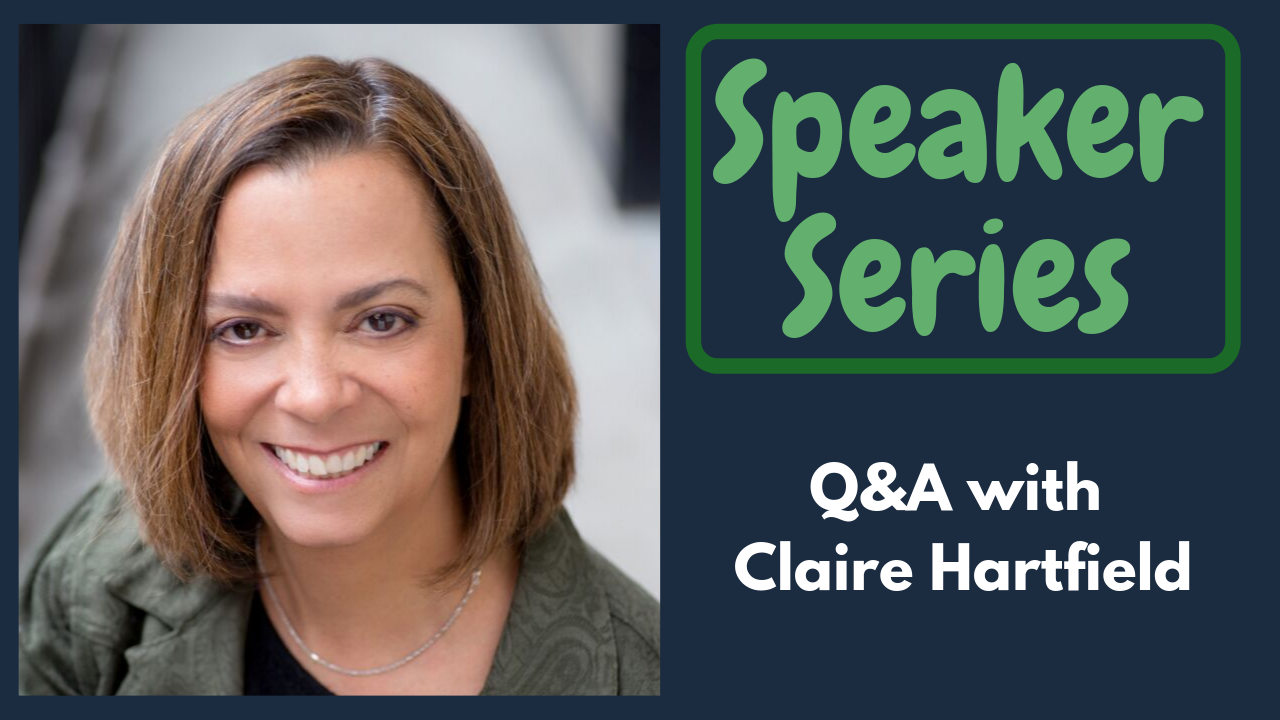 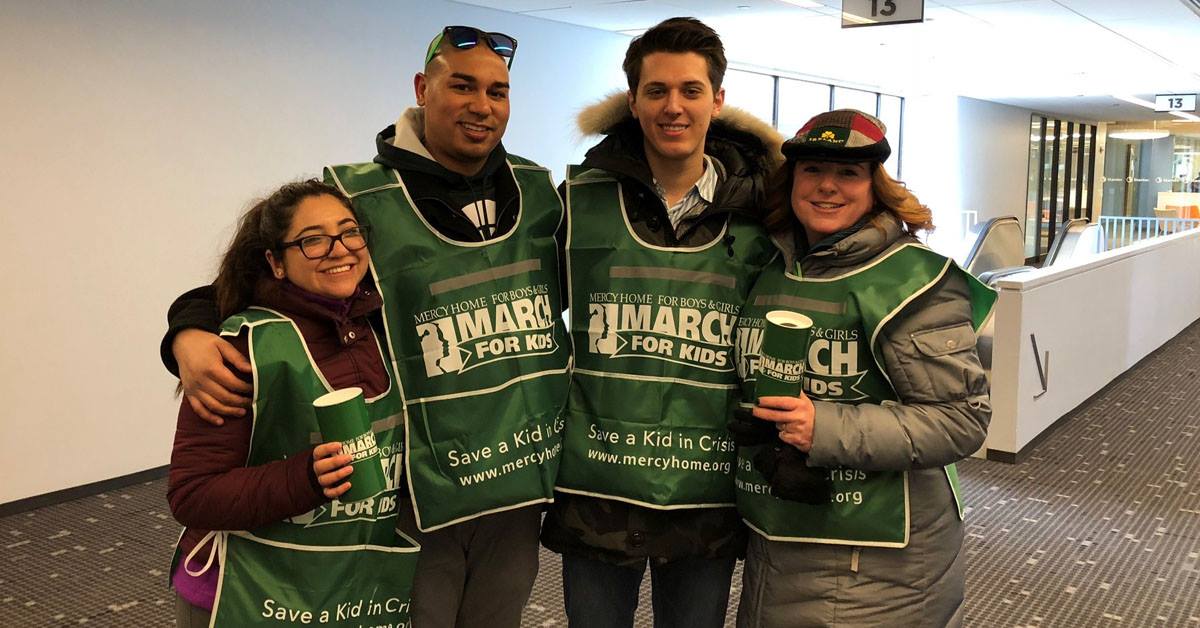 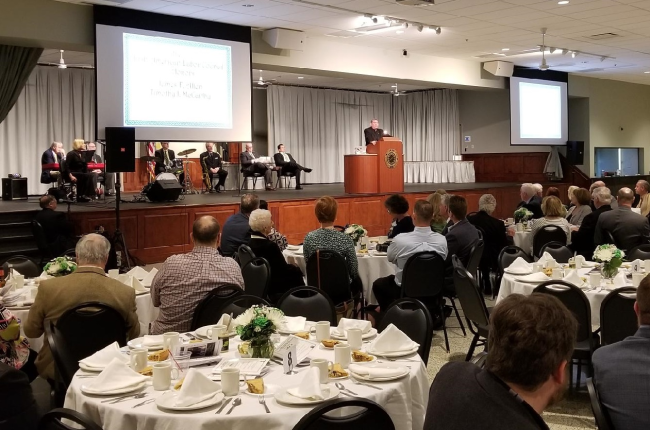