In Desperate Need of Repair

If you’ve read many of my reflections, you may know that St. Francis of Assisi is one of my favorite saints. There is much to say about him because his story is so long, but I have really been thinking about one part of his story recently in light of living in a world where it seems there is so much to repair.

St. Francis was born in 1811 to a wealthy family of cloth merchants in Umbria at Assisi. As a young man, he was idle and took no interest in his family business. Instead, he spent lavishly and enjoyed a life of luxury.

When Francis was 20 years old, war broke out between Assisi and Perugia. Francis was taken prisoner by the Perugians and spent a year in confinement. After being released and suffering through an illness, he decided to go to battle against the Germans and bought himself a fine outfit to wear to the front. On the way, he met a beggar and exchanged clothes with him. Not long after, he also came upon a terribly deformed and diseased leper. Francis took the man’s hand and kissed it before giving him money.

Francis soon dedicated himself to a life of service of God. He visited the poor and sick, freely giving to them. While praying at San Damiano Church in Assisi, he was blessed with a vision. The cross spoke to Francis, telling him “Go repair my house, which you see is falling down.” Francis took the vision literally—the church where he was praying was deteriorating.

He went to his father’s house and took some cloth and a horse, which he sold. He gave the proceeds to the church so they could make repairs. But they refused the money, because even though Francis’s intentions were good, they knew his father would take issue with his actions. Francis left the money on a windowsill.

When Francis’s father found out about the sale, he beat his son and threatened to disinherit him if he didn’t come back to the family business. Francis refused, so his father came after him for the money. But Francis told him that money belonged to the Church now. The case was brought before the Bishop of Assisi, who told Francis to return the money and put his faith in God. Francis did.

The vision from God had far greater implications for Francis’s life than just making repairs on one church. Though he did repair many churches throughout his life, his greater purpose was spreading Christianity throughout the world as the founder of the Franciscan Order. Francis died on October 3, 1226 and was canonized in 1228.

“Go repair my house, which you see is falling down.” I think about these words a lot. While Mercy Home certainly is not anywhere near falling down, I think a lot about the lives here that are in desperate need of repair. The children in our care come to our doors with stories of neglect, abuse, poverty, and unimaginable pain. I hope you will join me in praying for these young people, who are building brighter futures at Mercy Home. 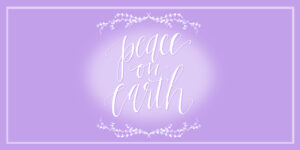 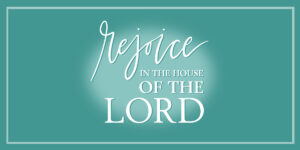 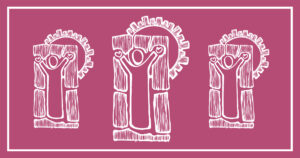 Being Present in the Lord

As we move into another autumn season, things are already getting busy at Mercy Home! Right now, our kids are...