Annaliese Turns Her Life Around

As long as Annaliese could remember, her dad would disappear for days on end. Sometimes he just wouldn’t come home at night. Then it could be days or even weeks until he would come back. It was never explained to her where he went during this time.

Annaliese grew up thinking this was normal, that fathers did not come home reliably. It wasn’t until she started going to school that she realized her father’s behavior was far from normal. And it wasn’t until much later that she understood what her dad was doing during these disappearances: drinking benders that sometimes included the consumption of more than just alcohol.

Her father’s drinking took a big toll on the family. Because he couldn’t reliably hold a job, they struggled financially. Her mom took on multiple jobs to support them, which meant long hours away from home. They moved from one shabby apartment to another, sometimes having to leave in the dark of night when eviction was imminent due to too many unpaid bills.

With her father in and out of the house and her mother at work most times, Annaliese spent much of her time alone. Sometimes it was nice to have lots of freedom. But most of the time, it was just lonely.

All the freedom Annaliese had meant that nobody ever made her go to school or do her homework. She didn’t really enjoy school, so it just seemed easier to skip a lot of the time. But that also meant that her grades were suffering. When Annaliese’s mother received a call that Annaliese was in danger of having to repeat the eighth grade instead of going to high school, Annaliese knew that something needed to change in her life.

With her father in and out of the house and her mother at work most times, Annaliese spent much of her time alone.

Her mother agreed with her. It seemed the chaos of Annaliese’s upbringing was negatively affecting her, and her mother wanted better for her daughter. One of Annaliese’s teachers had a suggestion: Mercy Home.

After investigating our Home further, both Annaliese and her mother agreed that it was the best place that Annaliese could be to start turning her life around. She moved in shortly after.

Living at Mercy Home was a big adjustment at first. Annaliese never had a set routine before, and it was strange to be expected to do certain things, like chores or homework. And having spent most of her time at home alone growing up, always being surrounded by the other girls and our coworkers took some getting used to. But she quickly realized that these changes were something she liked.

It was nice to know what to expect every day. And it was definitely nice to always have someone to talk to, no matter the time of day. But the best part was seeing her grades steadily rise, thanks to the many hours of hard work she put into working with her tutor. And that hard work defi nitely paid off when Annaliese’s guidance counselor recently informed her that she was no longer in danger of having to repeat eighth grade. Today, Annaliese’s future looks bright, thanks to friends like you.

Thank you for always keeping our children in your prayers. Please assured that you are in the prayers of all of us here at Mercy Home as well. 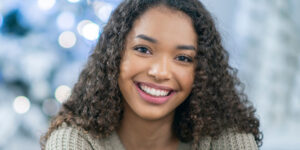 When Eric failed seventh grade, the only thing he could think about was how his father would react. In addition...

Each day at Mercy Home, there’s a chance for a new beginning. It could be a budding friendship over dinner,...