The last memory that Simon has of his father was in their living room when he was 14, the lamp light a soft orange glow in the morning. His father had been in hospice for 16 weeks. Simon remembers the smell, how the spring air from an opened window mixed with the scent of grief and despair.

When Simon was 12, his beloved father was diagnosed with stage four pancreatic cancer. They called it a silent killer, as his father hadn’t noticed any symptoms besides being particularly lethargic after he and Simon played ball in the yard or spent a day working on the family’s lawn.

The news was devastating, as Simon had loved his father deeply for his entire life.

After his father’s diagnosis, Simon felt the weight of the world crashing in. Without his mother in his life, and much of his extended family living far away, he felt that he no longer had a stable foundation. Simon’s father was his lighthouse. His champion. But as his father’s disease spread, so did Simon’s anguish.

The morning his father died, it didn’t take long for Simon to understand what this moment would mean to him for the rest of his life.

“I knew that nothing would be the same,” he said. “I just felt so lost. I knew I was losing my dad.”

In the midst of his tremendous grief, a counselor at Simon’s high school on the southwest side of Chicago spoke to him about Mercy Home. Simon, though, was reluctant. To him, it seemed too good to be true.

“I had lost faith that anything good would happen to me after I lost my dad,” he said. “And if it did, it wouldn’t matter because he wasn’t there to celebrate it with me.” Still, after much deliberation with his family, Simon packed his things and moved into Mercy Home. He was desperate for the last memory of his dad not to haunt him any longer. Still, Simon’s grief manifested in a deep depression during his first few months at our Home. He was rarely motivated to do homework, to enjoy group activities, or even finish some of his meals. According to Simon, though, it was in the community and newfound family at Mercy Home that inspired him to start getting out of bed in the morning.

“To see other people who had also lost someone still be excited about life was eye-opening,” he said. “It made me appreciate the time that I did have with him.”

As he began to form intimate relationships and lean into what he had learned in therapy, the clouds of his depression faded like the end of a summer storm. People started to notice: in particular, one of his teachers at school.

Friends, your support is invaluable to help us champion children like Simon. Thank you for your unwavering faith, for you allow us to turn stories of dismay into stories of triumph for today’s children, and for generations to come. 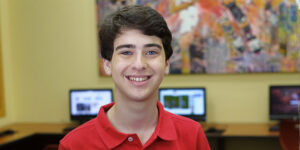 Henry’s father never raised a hand at him. But that didn’t mean he didn’t hurt Henry. And it didn’t mean... 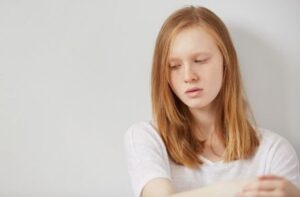 Partners in Prayer: Mercy Home gives Maya a Chance at a Brighter Future

It may seem to be a given that one of the keys to a successful life is a good education.... 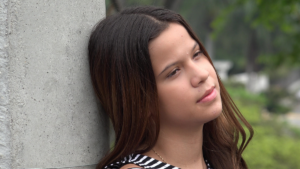 Sienna and her mother had a wintertime tradition. Every Saturday, they would go to the coffee shop around the corner...