I hope to be a lifelong friend to my mentee, and I hope to do this in some capacity for the rest of my life. It has been that rewarding, and the stakes are too high not to do something to change the paradigm.

I was motivated to become a mentor by a close friend Jill Wenninger Logli, who is a board member and tutor for Mercy Home. She was giving back and making the difference in the lives of disadvantaged and at-risk young people in her community. In one conversation, over dinner and drinks, she told me this was the most meaningful thing she has done in her life.

This sat with me for the rest of the night and seemed to marinade for the days and weeks after this conversation. This comment stayed with me at a time when I was feeling a void in my life. I was making a fairly good living and having some professional successes. I had launched my business and home life and every area of my eco-system seemed to be thriving, yet I had an empty feeling and nothing seemed to fill this void. I was watching the news one evening, and after a particularly bloody weekend in Chicago, it struck me that I could do something in a small way to make a difference. I had a kind of epiphany after one of the community activists said something to the effect that we need to show these young men that this is not normal, that we must change this paradigm at an earlier age. Then it hit me that if I could be an example of normalcy, that I might be able to able to help one young man. One of my favorite quotes is to be the change you want to see in the world. The a-ha moment was that I could be the change in the world, in my community.

I sent a text to Jill early the next morning and asked question after question about Friends First and Mercy Home. I knew she had been involved for years. We had donated to fundraisers she had approached us about. We were always willing to help with our checkbook, but I wanted to do more.

The stars had aligned, and Jill told me that the program would be starting up soon, and she put me in touch with the people in Friends First. Within a few weeks, I spoke to a person with the organization and was scheduled to attend an orientation. I was moved after the presentation, and the sobering statistics strengthen my resolved that I wanted to be involved.

Fast forward to 2020, in the midst of a pandemic, the uncertainty and fear, I received an email from Katie Gunter asking if I would still be interested in participating in a virtual mentoring program. I was still very interested but a tad skeptical on how this would work. How we would build a rapport, would this be impactful, how would I develop a relationship with a 9-year-old over Facetime, etc.

I had more questions than answers, but I followed my gut and said yes. And I am so very thankful that I did. This has been the void-filling thing I didn’t know I needed. The relationship with my mentee started out slowly, but we chugged along. The once awkward calls started to feel more natural and the long pauses were soon replaced with laughter and jokes and excitement. The seemingly forced activities were replaced with free-flowing conversations. Instead of filling the space until the timer went off, we had to say ok, we can talk about that or pick up next week as we cruised past the timer’s notification.

I knew we had turned the corner when my mentee called me on his birthday to talk and share his day with me. I knew we had reached a new level when I received a box with his name on it, delivered to my home for Christmas, with a hat from my favorite team (the Packers) in the box. This told me he listened and our conversations about sports were engaging and fun for him, and that he was invested enough to give thoughtful gifts. This box of stuff became my best Christmas present.

I now look forward to our weekly calls. I have fun and laugh and engage; I marvel at the growth. The natural progression of the relationship has amazed me. I am able to talk and impart nuggets about behavior and responsibility in a non-parental way. The best exercise for me was creating the time capsule and the new year project of creating goals. My mentee was engaged and made SMART Goals; this is a life skill we worked on.

My mentee made a goal to make his bed daily, do his homework, and get Bs and above in all subjects. He taped this goal up where he could see it daily, and I know this can be life changing. I didn’t start doing this until well into my adult life. It made me smile and feel like I was making a difference.

I now understand the fulfillment that my friend Jill was gushing about. I can tell you after only a few months, this has become one of the most rewarding things I have done. I can also tell you that I get more out of this than I can ever quantify or give back. I hope to be a lifelong friend to my mentee, and I hope to do this in some capacity for the rest of my life. It has been that rewarding, and the stakes are too high not to do something to change the paradigm. 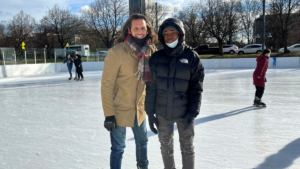 January is National Mentoring Month, but we celebrate our mentoring matches all year long! Mentoring changes the lives of so... 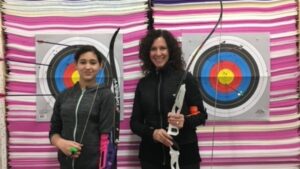 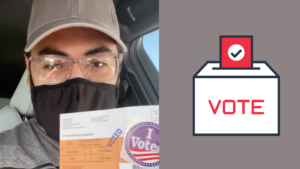