You know, here in the realm of faith it’s not as easily distinguished. Although, Jesus does give us some very clear examples. I want to share a quick story about a brother and sister.

They grew up in Chicago and they grew up with, you know, their parents and going to mass. But then, the daughter kind of fell away from faith, but the son when he got married continued in the faith.

And things were going along okay until one time the sister had a horrible loss of one of her grandchildren -as time progressed on. She lost her granddaughter. And she was inconsolable. She was just inconsolable. And the brother tried to console his sister at the loss of his great-niece. Tried to console his sister but his sister looked at him and said, “Look, thank you for the consolation, but you brother-you have faith. I don’t have anything that consoles me.”

In that very moment she realized she was without. Without faith and some might say she was lost. And she, perhaps, didn’t even know until that moment that she was lost.

Friends, Jesus invites us, with this parable He invites us to not only remember that we are called to be disciples -the wheat of the world- but He also calls us to have a heart for the lost. A heart for those who maybe don’t even know that their lost.

How do we as Jesus’ disciples keep our hearts and our souls and our beings open to those who are lost and struggling and looking for connection in the world?

Looking to have what we have, which is a deep faith in Jesus our savior that we receive at the eucharist. How do we have a heart for the lost?

As disciples can we recommit ourselves to doing that?

A special thank you to our congregation from Divine Mercy Crusade and St. Benedict’s Parish, Chicago. 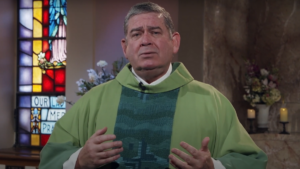 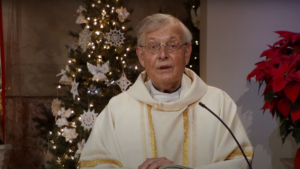 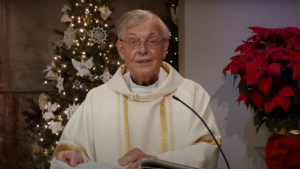