>>In this Sunday in September, not too long ago- a couple of days ago we celebrated a significant anniversary of the attacks of September 11th. And, ah, while that happened so many years ago the memory is still in our hearts and in our minds; especially as we recall the lives of thousands of people whose lives were taken that day. And the many thousands of lives of family, friends, and members and all the people involved in those attacks. And, every year when this anniversary comes up it always strikes a chord with us, it always rings home to our hearts. And so, even at this mass today let’s call to mind our brothers and sisters especially.

It’s fitting though, that as we gather in celebrating the Eucharist today on the 24th Sunday in Ordinary Time we think about and reflect upon the call to forgiveness and the gift of forgiveness. And how that’s truly a call of the disciple in the modern world today.

So, Peter approaches Jesus with that question. He says, “Lord, if my brother sins against me, how often must I forgive? As many as seven times?”

Jesus answered, “I say to you not seven times, but 77 times.” In other words, there’s no amount. In other words, it’s beyond a little number that we can capture and think that that’s enough. The mathematics of forgiveness goes beyond that. Doesn’t it?

Jesus illustrates that example when he tells the story of the master who summoned his servant and asked him to payback the debt. When he realized it was such a large debt that he couldn’t afford, he couldn’t possibly pay it back. He pleaded for mercy. And what did he find? Was that mercy was given to him. He was forgiven.

Yet, when it came time for him to forgive his own servant he was reluctant to and didn’t. He hardened his heart. Yet this is the call for each one of us. Forgiveness is hard work. Yet, it’s an uplifting experience when we recognize how it’s happened in us and how we’re called to do the same.

When we think about it, especially today as we gathered at mass and asked God to forgive us of our sins right off the bat when we started and in just a few moments when we pray the Lord’s prayer: forgive us our trespasses, as we forgive those who sin against us. 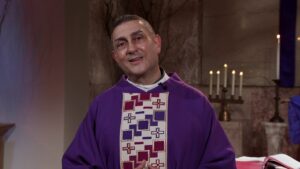 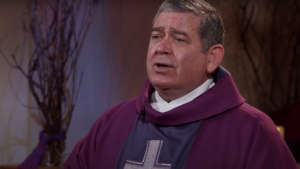 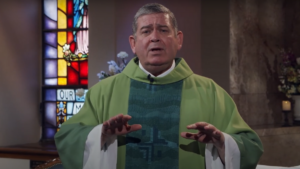