>>A little, silver-haired lady calls her neighbor and says, “Please come over and help me. I have a killer jigsaw puzzle and I cannot figure out how to get it started.”

Her neighbor asks, “What is it supposed to look like when it’s finished?”

The little, old, silver-haired lady says, “According to the picture on the box it’s a rooster.”

Her neighbor decides to go over and help with the puzzle. She lets him in and shows him where she has all the puzzle pieces out on the table.

He studies the pieces for a moment, then looks at the box and says to her, “First of all, no matter what we do we’re never going to assemble anything from these pieces even closely resembles a rooster.” He takes her by the hand and says, “Secondly, I want you to relax. Relax.”

“Let’s have a nice cup of tea,” and then he said with a deep sigh, “Let’s put all the cornflakes back into the box.”

I crack myself up! You know that? That is really funny.

You know, life is filled with many, many surprises. And sometimes things in life don’t always turn out the way we had hoped, planned, or even expected.

In today’s gospel what did the people go out and see? What were they looking for? What in life are we looking for?

A Native American and his friend were walking in downtown New york City, walking near times square. It was during the high noon lunch hour, the streets were filled with many people, cars were honking their horns, sirens were wailing, the sound of the city almost deafening.

Suddenly, the Native American said, “I heard a cricket.”

The Native American listened for a moment again and walked across the street to a large cement planter were there were some shrubs growing. He looked inside the bushes beneath the branches and sure enough he located and pulled out a small cricket.

His friend was utterly amazed and he said, “That’s incredible! You must have super human ears.”

And the Native American said, “No, my ears are no different than your ears for listening. It all depends on what you’re listening for.”

“But that can’t be,” said the friend, “I could have never heard a cricket in all that noise in a million years.”

“Yes, it’s true.” Came the reply, “It all depends what is really important to you. Here let me show you.” He reached into his pocket and pulled out a few coins and then discreetly dropped them onto the sidewalk and then with the noise of the crowded street still blaring in their ears, they noticed every head within 20 feet turned and looked to see if the money that dropped onto the sidewalk was theirs.

“See what I mean,” said the Native American, “It all depends on what is important to you.”

As we live our life what is important to us?

What we see in life, what we hear in life depends upon what we’re listening and looking for. 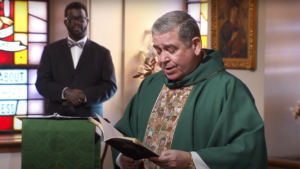 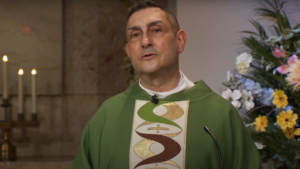 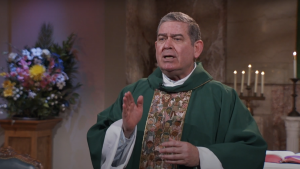