At the conclusion of his sermon, the minister reported the following results: The first worm in alcohol – dead. The second worm in cigarette smoke – dead. The third worm in chocolate  syrup – dead. The fourth worm in good, rich soil – alive and doing very, very well. So, minister asked the congregation, “What did you learn from this demonstration?” Little 12-year-old Charlie sitting in the back raised his hand and said, “As long as you drink, smoke, and eat chocolate. You won’t have worms.” That pretty much ended the service.

You know, Charlie missed the entire point. It’s easy to miss the real meaning of today’s gospel. Many times we focus on what we do not have, forgetting the many gifts we’ve been given by God. The emphasis of the Gospel passage today is not a miraculous healing. To focus on the meaning of the healing only would be missing the real beauty of this passage, which more closely resembles a parable than a miracle story. Instead, the real focus today is gratitude or lack of gratitude on those healed.

This gospel, this story is really about all of us. We are not filled with leprosy in a literal sense because we live our life. Do we slow it down enough to say thank you, thank you, thank you. Not only words, but our actions toward God, loved ones and life itself. We gather around the Lord’s table today to celebrate Eucharist. And the word Eucharist means giving thanks. Maybe the most wonderful thing we can do today is to say thank you, or a kind word to someone who is hurting.

I realize at times life is painful, unfair and very difficult. But the world is going through right now is very, very hard times. Yet the Lord is present to uplift, heal and be with us like he was those filled with leprosy. The key, however, is our response, our posture toward God, our posture toward life. Thank you is a big deal in life because thanks is the frosting on the cake of life. 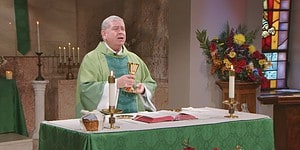 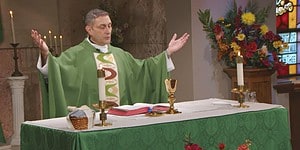 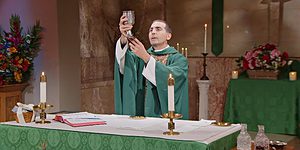