50 Marathons, 50 States, and One Heroic Quest

John Jaeger never considered himself a runner. But in 2009, in his late 30’s, a friend convinced John to run a mile with him. He didn’t know it then, but John was taking the first steps on what has become a journey of thousands of miles.

On May 5, 2019, John completed his 19th marathon in support of Mercy Home for Boys & Girls. This time, he crossed the finish line in Pittsburgh. His previous marathon was completed in Atlanta, and the one before that came in Las Vegas.

John is on a quest: 50 marathons in 50 states, while raising $250,000 for the children of Mercy Home. His noble pursuit of this 50/50/250 slash line has taken him across the country, spreading our mission along the way. John is more than a third of the way there; something he never would have imagined after the way his first marathon ended.

“I learned that there’s a strategy to running marathons…it’s not just go out there and run.”

A mission close to the heart 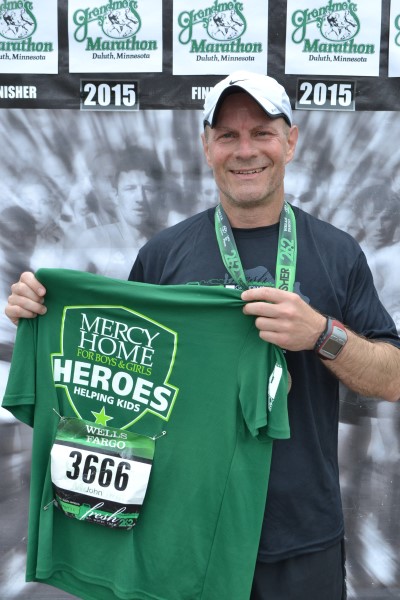 John eased his way into running. After that first mile, he did a 5k. Soon he was able to complete a 10k. As his endurance grew, John’s friend suggested the Chicago Marathon on 10/10/2010 had a nice ring to it, so they signed up. Though John finished, he remembers it was not a good experience.

“I learned that there’s a strategy to running marathons,” he said. “It’s not just go out there and run.”

Temperatures on race day reached the mid-80s, and John ended up in the medical tent after passing out.

Following that race, John backed off on running. Yet he missed the process of training. In 2013, he decided he would run the Chicago Marathon again – but this time he would be prepared.

He conducted research on proper nutrition and hydration techniques. He also decided he wasn’t going to just run this marathon for himself; he wanted to help others along the way.

“When I was very young, my dad passed away,” he said. “My mom was left with three young boys. She could have had a situation where she couldn’t take care of the boys, or the boys could have gone into foster care, or who knows.”

John feels fortunate that his mother found a man who lovingly welcomed the boys into his life, raising John and his brothers as his own.

With Mercy Home in his corner and a new plan of attack, John sought redemption on the Chicago Marathon. In 2013, he achieved his goal of completing the race in less than four hours, cutting 35 minutes off his previous time. Still, something didn’t feel complete.

In fundraising for Mercy Home, John went above and beyond – raising about $6,000. Yet he felt there was more he could do.

Recalling the words of a friend who passed away, John decided to look inside himself and dig deeper. “You’re not giving enough, if it doesn’t hurt,” his friend used to say.

This message stayed with John, and he decided he would not only push his limits physically, but financially as well.

During John’s training, he encountered a pair of runners wearing shirts that said “50 marathons in 50 states”. This planted an idea in his head, but John wanted to take it a step further.

Like the inspiration of 10/10/10 to run his first marathon, John once again decided to motivate himself numerically. He would embark on a journey to run 50 marathons in 50 states, and he would raise $50,000 for Mercy Home as he went.

But as the dollars and miles began to pile up, John felt he needed to push himself further.

From a simple one-mile run in 2009, John is now on a quest to conquer marathons nationwide while raising crucial funds for the children of Mercy Home. And he has had plenty of memorable moments along the way. 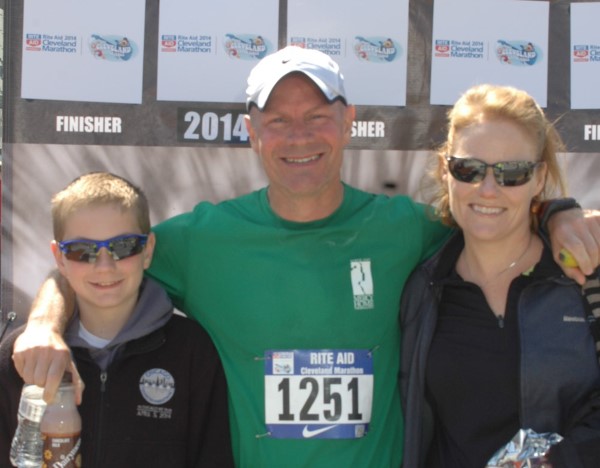 Creating awareness across the country 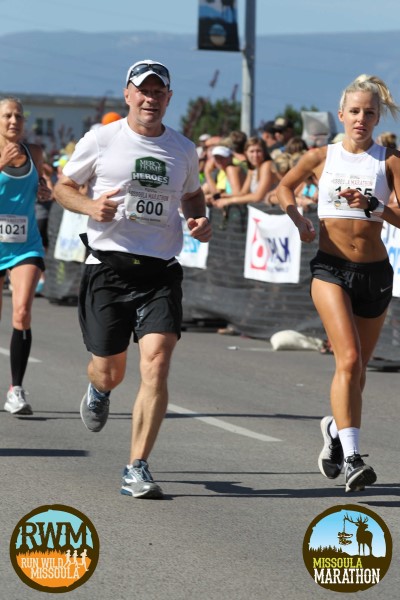 So far, his best finish time was in Cleveland – 3 hours, 51 minutes. He recalls that the New York Marathon was like the Chicago Marathon but on steroids.

And one of his most inspiring races took place at the Marine Corps Marathon in Arlington, in 2015.

“The whole marathon is staffed by Marine Corps personnel who are cheering you on,” he said. “And during the course of that run, you’re seeing disabled veterans run, you’re running with active military guys who are running in full gear – which gives you no excuse to feel sorry for yourself.”

And John has completed every race in his Mercy Heroes shirt, spreading the mission of the Home throughout the country.

While in Louisiana for a marathon, he attended a tour of the LSU campus, wearing his Mercy Home shirt. A stranger approached John and asked him about his shirt. After explaining the mission, the stranger pulled $20 out of his pocket and gave it to John.

In Kentucky, a local news crew approached John’s daughter and her friends and asked them for an interview. John’s daughter shared her father’s mission and his commitment to Mercy Home with a television audience.

“Don’t be afraid to use your network,” John said. “You’ll be surprised – even the people you don’t know that are passionate about these issues. Send emails to everybody you know. Donations will come through.”

Aloha to the journey 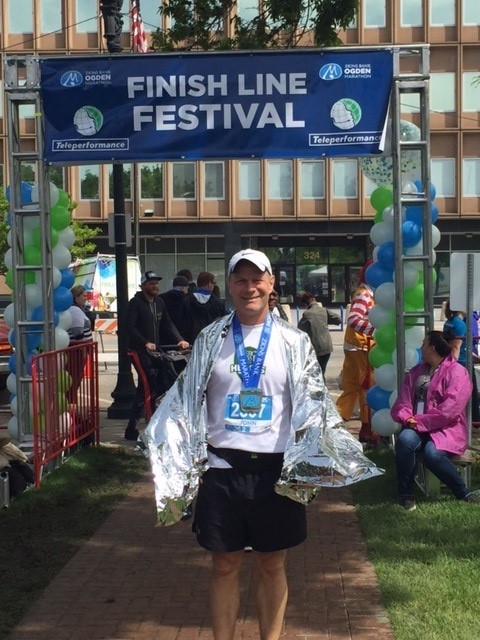 Now 49 years old, John hopes to complete his quest by the time he is 60. As milestone moments get closer, he has different ideas to make them special.

When he reaches the halfway point at marathon 25, he hopes to be joined by his coworkers. He wants to make sure it’s in a fun city where they can enjoy themselves, and possibly complete the race as a relay team.

And when he finally reaches number 50, he wants his journey to end in one of the most beautiful states with the people he loves.

“The last one is going to be in Hawaii,” John said. “And I told my kids that if they agree to run number 50 with me, then I will pay for their trip to Hawaii.”

John has come a long way since the medical tent in the 2010 Chicago Marathon, and he has accumulated a lot of wisdom along the way. His advice to those who are new to marathons: don’t overlook the importance of hydration and nutrition, and stretch after every run.

And while John’s pursuit of $250,000 for the children of Mercy Home may seem daunting to first-time marathon fundraisers, his advice is simple.

“Don’t be afraid to use your network,” he said. “You’ll be surprised – even the people you don’t know that are passionate about these issues. Send emails to everybody you know. Donations will come through.” 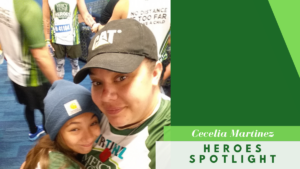 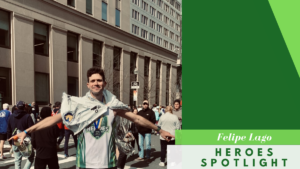 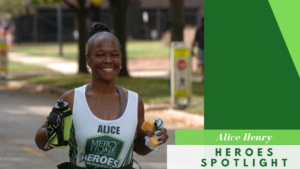