Each year, the MercyWorks program offers a unique experience for recent college graduates to immerse themselves in a year of service. MercyWorkers live on-site and become an integral part of the Mercy Home community while serving as advocates and leaders for our youth.

MercyWorkers come from all over the country, and during his senior year of college, Kevin Felisme had no intention of moving to the Midwest. In 2014, he did not envision being the Coordinator of MercyWorks, the position he holds today. And he never dreamed that he would one day be delivering a Tedx Talk on solving some of the toughest issues that have plagued Chicago for decades.

“I had the chance to really support them — be an advocate, a coach, a role-model if you will — but really just building relationships with them and their families as they are going through this journey here at Mercy Home.”

“My senior year of college, I was going to American University in Washington D.C,” said Kevin. “And we did a spring break alternative trip to Chicago where we met with different organizations that work with youth that were dealing with issues of poverty and violence. And Mercy Home was one of the organizations we met.”

Kevin has always known that he wanted to make a difference in people’s lives. Early in his life, he wanted to impact change by becoming a police officer and went on to study criminal justice. His path towards helping people shifted, however, and Kevin eventually gravitated toward social work. Though his career path changed, Kevin grew up in New Hampshire and his roots seemed to be set firm in the east coast. 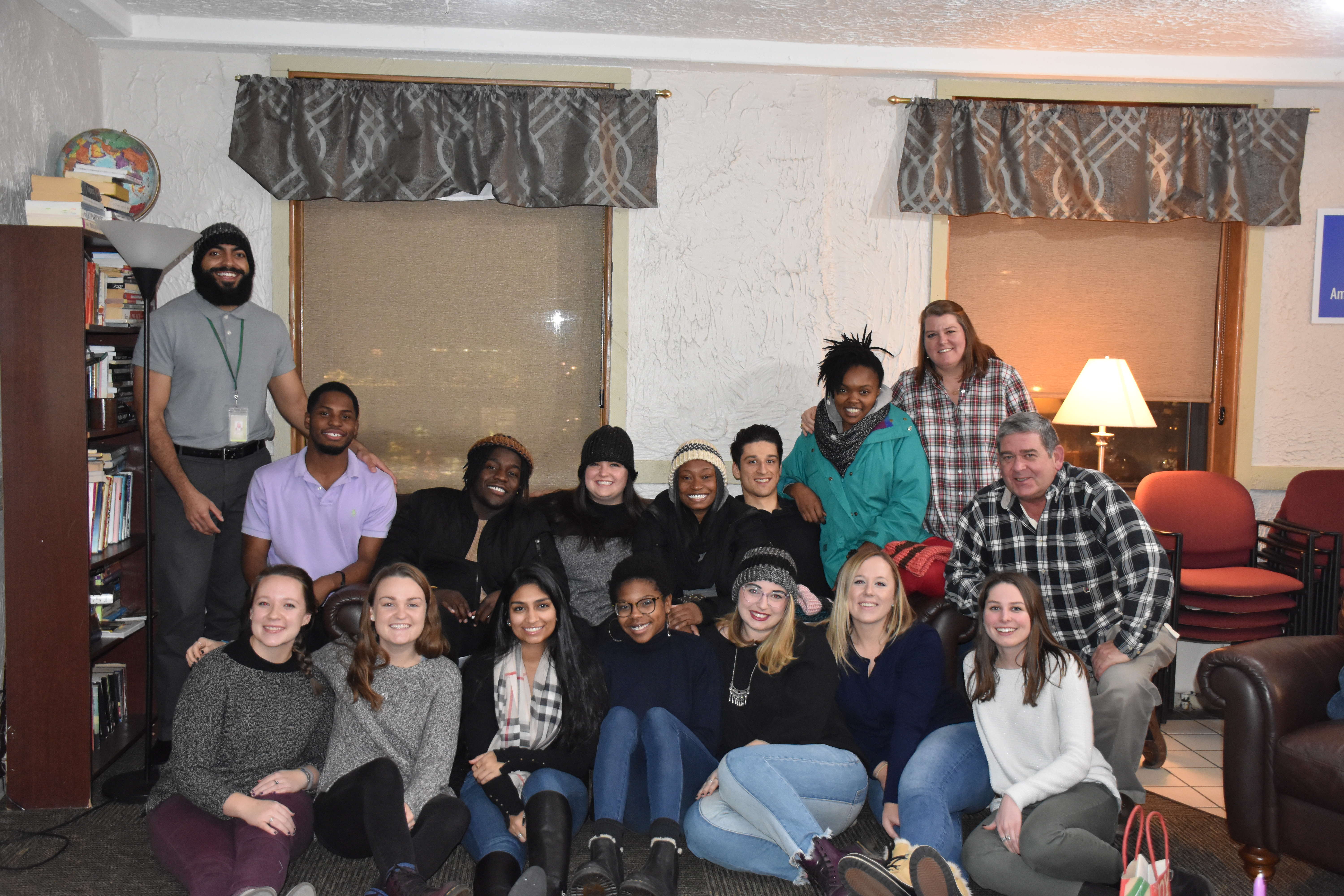 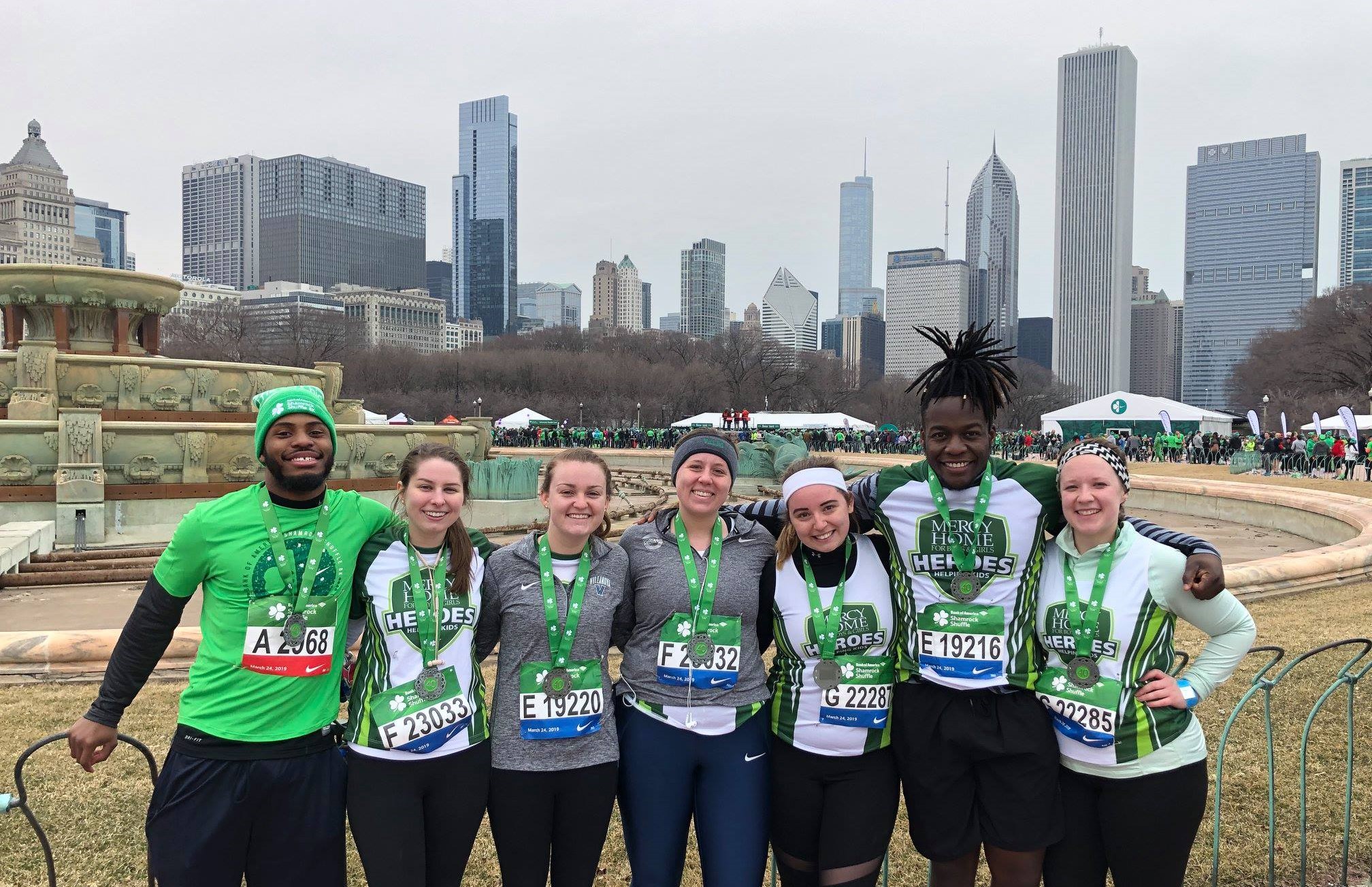 “I had no desires to come out here and work in Chicago – I had a full-time job lined up in Washington D.C working with youth that were experiencing homelessness,” he said. “But we came to Mercy Home and they talked about what they did here, and I was really impressed with their facilities, and they mentioned this MercyWorks program.”

Kevin was intrigued by the opportunity to work with youth while living on-site with other recent graduates, and he decided to sign up and move his life to Chicago.

Kevin fell in love with the work he was doing at Mercy Home, and following his year of service as a MercyWorker, he was hired as a full-time employee in the role of Youth Care Worker. He was placed in the Sheil Home for 17-20 year-old young men.

“I had the chance to really support them — be an advocate, a coach, a role-model if you will — but really just building relationships with them and their families as they are going through this journey here at Mercy Home.” He said.

Outside of work, one of Kevin’s biggest passions is playing basketball – “I could play basketball all day.” He said. 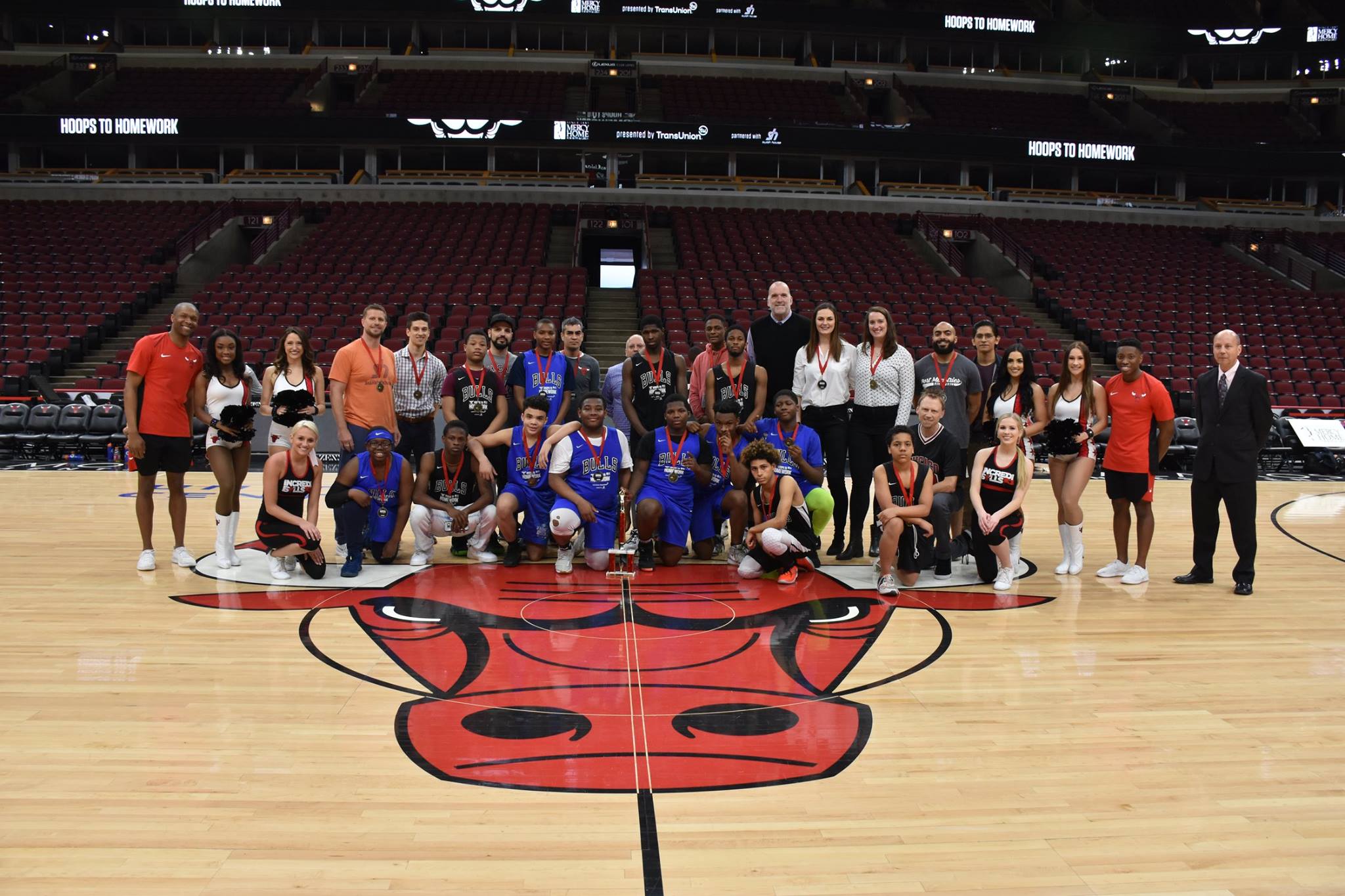 Kevin was able to take his passion for basketball and incorporate it into his work at Mercy Home as he spent a year coaching the Mercy Home basketball team, the Mustangs. Though Kevin is passionate about the game, coaching was as an opportunity to teach more than just basketball.

“Whether you’ve played a lot of basketball, or you’ve never picked up a basketball a day in your life – the ability to work hard and push through points, whether it’s in a game or in a scrimmage or in a practice – when you feel tired and feel like giving up – being able to push through that, and then when you lose — being able to keep your head up and be positive and respectful. Those are all things you just need in life.”

“I think Mercy Home reimagines Chicago because it takes young people that are coming from really challenging backgrounds and provides them with an opportunity to be their full potential.”

In his time at Mercy Home, Kevin has worn several different hats. He worked as an Overnight Youth Care Worker at the Campbell Home and then went on to become the Career Resource Coordinator for the Campbell and Sheil homes.

“We’re really doing some great work in terms of expanding our reach, if you will,” Kevin said. “So we’re going to a lot of historically black colleges like Lincoln University, Howard, Morehouse, Spelman, Clark Atlanta – trying to make sure that we’re getting a diverse audience.”

After four years in Chicago, Kevin is well aware of the problems of violence and poverty that exist in the city. Living on Chicago’s South Side, Kevin has bared witness to this violence first hand.

“I’ve seen two shootings since I’ve been here, and I’ve definitely heard gunshots in my neighborhood,” he said. “And I just think, for myself, as a 26-year-old, I’m like, ‘OK, I can kind of somewhat deal with it and understand it.’ But as a kid, what does that mean? And how do you become normalized to that?”

Realizing the urgency for change in Chicago, Kevin decided that he needed to do more.

“I really said, ‘ok, how can I make a change?’ And I prayed on it, and tried to think about how do you create change, and what I’ve seen is the economics – the fact that we don’t own and operate the businesses in our communities,” he said. “I don’t think this is the one-stop shop for a solution, but I do think that it is part of the foundation to creating change.”

Since Kevin’s background was in social work, in order to bring his vision of change to fruition, he needed a better understanding of how the business world works. He enrolled in DePaul University’s Kellstadt School of Business where he is currently pursuing his MBA. 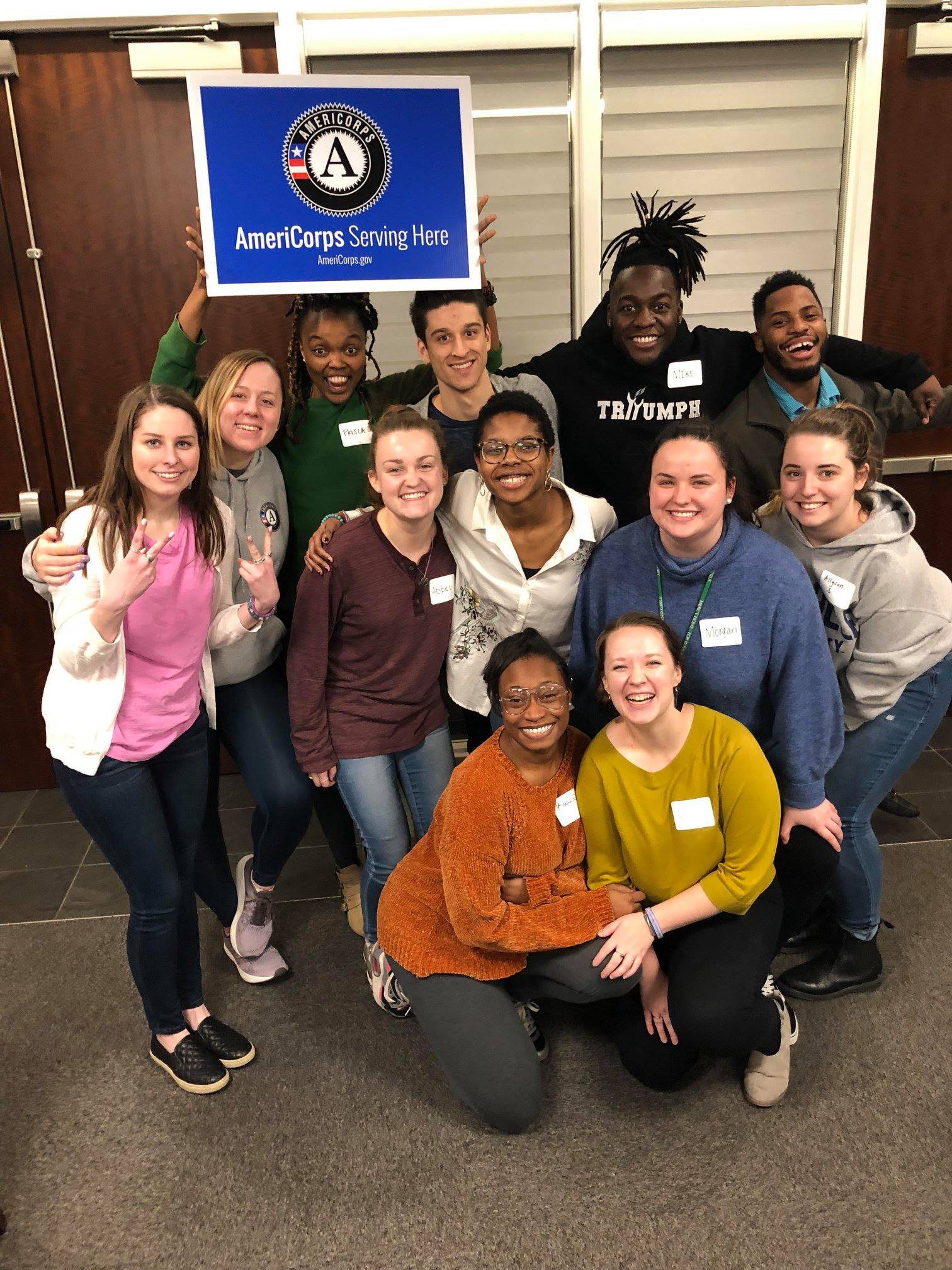 This year, Kevin outlined his vision for change in a Tedx Talk at DePaul University titled, “Reimagine Chicago: Power to the People”. In his speech, Kevin discussed some of the historical factors that have caused the south and west sides of the city to look so drastically different than other areas. He also presented his proposal for bringing economic stimulation and power back into these communities.

“I would love to open a little café. I have this vision of calling it “The People’s Spot”, and we’d start simple by selling baked goods and egg sandwiches.” Kevin said. 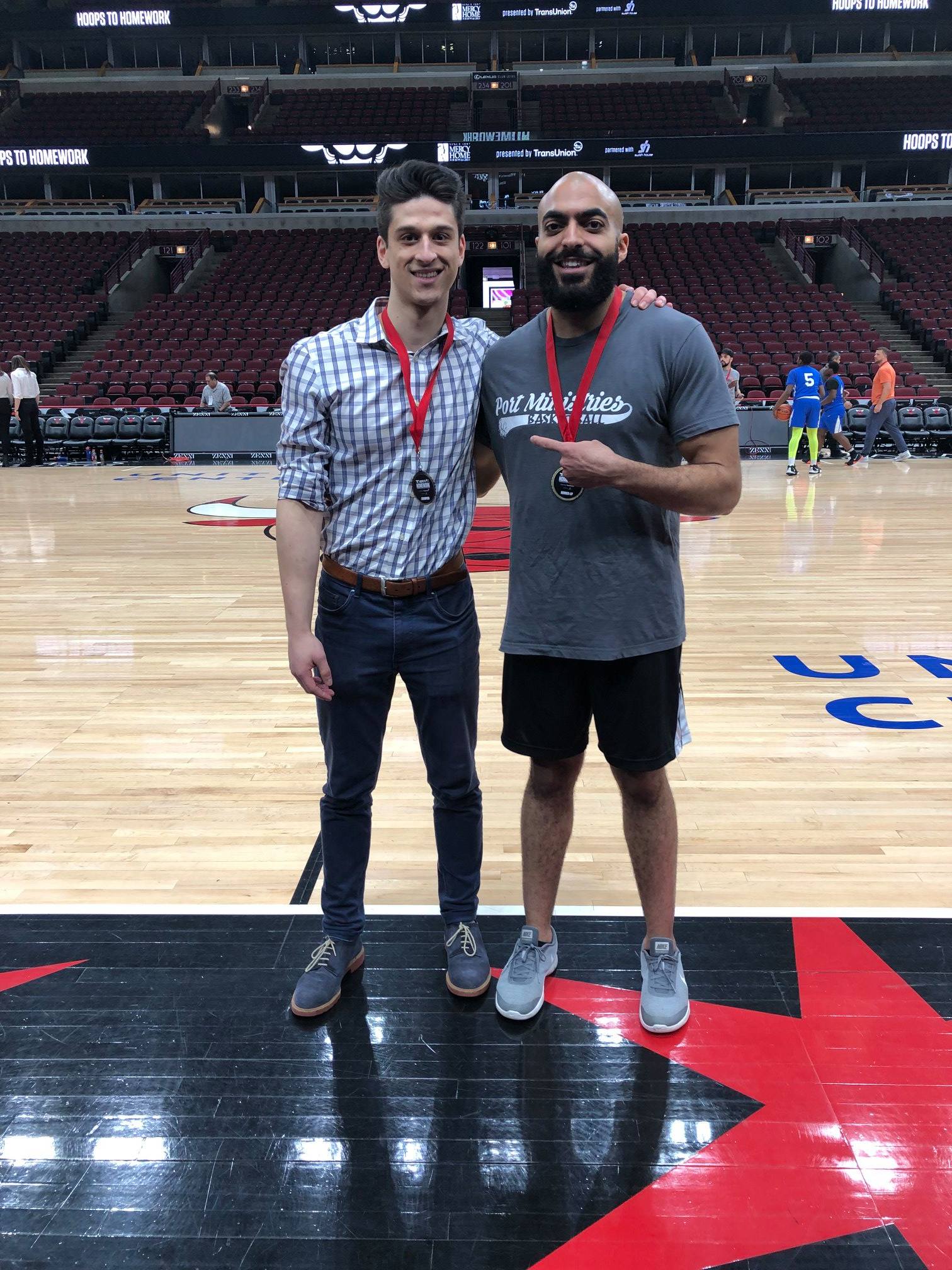 “Along with hiring people from the community, I would like to create an apprenticeship program that allows one promising employee the opportunity to own and operate the business. So, somehow we would work out a contract that would either give them partial ownership or complete ownership of the business, and really creating that mentality of, ‘we can own and operate the businesses in our communities, keep the money in the community, and support each other. We just have to know how, and we have to have opportunities.’”

While Kevin is getting his plan to reimagine Chicago off the ground, he continues to create change in Chicago every day in his work at Mercy Home.

“I think Mercy Home reimagines Chicago because it takes young people that are coming from really challenging backgrounds and provides them with an opportunity to be their full potential.” Kevin said.

“Every kid in the world, every human being in the world has the opportunity to be all that they’re meant to be, it’s just a matter of their environment. And I think Mercy Home gives the young people and the families that come to us an opportunity to be that full potential. And when you can do that, and have them transition out smoothly and reintegrate back into their community, or go somewhere else – they have an opportunity to make the world better because they were hopefully able to reach their full potential.” 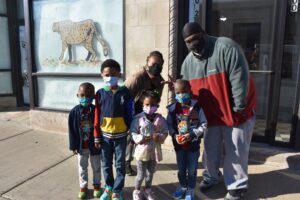 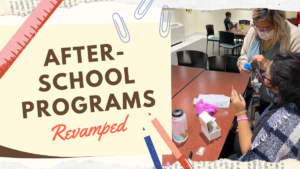