Imani still remembers the anticipation moments before the orchestra made a sound, the eyes of the musicians keen on the conductor’s raised baton.

In one sweep of the conductor’s arm, the fullness of the symphony was brought to
life. The voices of violins, dancing drums, and triumphant trumpets filled the darkened auditorium. As if predestined, she immediately felt connected to the music.

“I just remember being so surprised and thinking… maybe I could make music that
beautiful, too?”

For Imani, enjoying the music wasn’t enough. “I think all of us were blown away. But for me… I didn’t want to stop feeling that way.”

Imani came to Mercy Home after her mother’s third stint in a rehabilitation center
for alcohol addiction. After her parents’ divorce, her father wasn’t a supportive
figure in her life and eventually moved to southern Ohio for work, hours away from
Imani and her little brother. In her parent’s absence, Imani and her brother Izaak moved in with their grandparents. Immediately, Imani felt like she had become a stand-in mother as she walked Izaak home, babysat, and accompanied him to after school activities instead of her own.

After her school counselor suggested Mercy Home to her grandparents, Imani and her family knew that something needed to change. After she moved into Mercy Home, Imani was able to be a teenager again.

But after the concert, Imani faced a problem.

“I told my program manager that I wanted to learn to play the violin, but I had no idea where to start. It was starting to look like a dream I’d never be able to achieve.”

But her program manager had a plan.

“My program manager helped me write an email to my high school’s music director to ask if I could rent a violin for the rest of the semester. He agreed, and he even had a senior at my school help me with lessons for an hour after school once a week.”

At the end of the semester, Imani was able to play a four minute solo for her friends in the Mercy Home cafeteria after dinner.

“Everyone cheered because they knew how much this meant to me.”

“After coming to Mercy Home, I feel like I can accomplish anything.”

Only a sophomore, Imani has dreams of playing in her school’s orchestra next fall. Shyly, she admits to a bigger goal. One that begins and ends in a moment of
anticipation, her eyes focused on a conductor’s baton in a quiet auditorium.

“After coming to Mercy Home, I feel like I can accomplish anything.”

Seeing our children chase their dreams wouldn’t be possible without your loyal friendship. Thank you for making dreams like Imani’s come true!

Please note: Because we care deeply about protecting our children’s privacy, the names and certain identifying details in this story have been changed 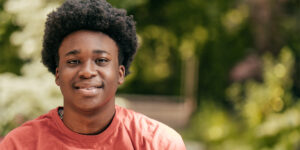 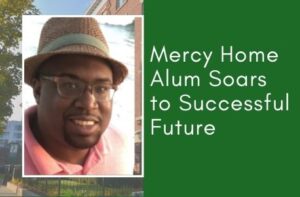 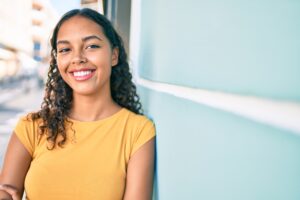