Dylan Embraces the Present to Envision His Future

When his dad started yelling, Dylan often hid in a closet because he never knew what came next. Sometimes it was the sound of a thrown glass shattering against the wall. Sometimes his dad kicked a chair, pounded a table, or punched a hole in the wall. But as his dad’s drinking spiraled out of control, these angry outbursts got even more violent.

When I walked into Mercy Home, it was so welcoming,” Dylan said. “Everyone was so nice and friendly. I’d never felt that before.

Dylan only felt safe after his dad slammed the front door and left. He typically vanished for days after these attacks. Emerging from his hiding spot, Dylan would rush to his mother, who was often cowering in a corner with a bloody lip or black eye.

Eventually, 12-year-old Dylan tried to intervene and defend his mother. But he was small for his age and could only muster enough courage to beg and plead with his dad to stop hitting his mom. One night, Dylan’s words turned into action. He lunged at his dad, who threw him against a wall, knocking him unconscious. When Dylan came to, his mother had two bags packed. They wasted no time and fled to a shelter to finally escape the violence.

“That was the worst night of my life,” Dylan said. “I felt so helpless because my home just wasn’t safe.”

At the shelter, a social worker recommended Mercy Home for Boys & Girls as the best option for moving forward.

“When I walked into Mercy Home, it was so welcoming,” Dylan said. “Everyone was so nice and friendly. I’d never felt that before.”

When he moved into our Home, the transition was rough. Dylan was very distrustful of the male staff and had a hard time connecting with them. Prior to Mercy Home, he’d never had any positive male role models. But once Dylan realized their empathy and compassion was genuine and unconditional, he opened up.

“Seeing guys talk about their feelings and not getting angry felt weird at first,” Dylan said. “But they showed me how to solve problems without hitting, screaming, or hiding.”

But due to the extent of Dylan’s trauma, there were more issues to unpack. In family therapy, he realized how many feelings he’d suppressed. He felt guilty about not being able to protect his mother, but he also felt angry that his mother couldn’t protect him.

In group therapy, sitting in a circle with his peers, Dylan heard others share similar stories of abuse and trauma.

Seeing guys talk about their feelings and not getting angry felt weird at first,” Dylan said. “But they showed me how to solve problems without hitting, screaming, or hiding.

All the positive strides made in therapy freed up a lot of mental space so Dylan could refocus his attention on school, which was an afterthought at best. Prior to Mercy Home, Dylan was getting D’s and F’s.

“I was absent a lot and never did my homework,” he said. “I had bigger things to worry about, like avoiding my dad’s temper and taking care of my mom if she was hurt.”

Thanks to an individualized academic plan developed by Mercy Home’s Education and Career Resources team, Dylan regained his academic standing and rediscovered his passion for learning.

“The tutors were really patient and helped me not feel overwhelmed,” he said. “Thanks to them, I just made the honor roll for the first time in my life.”

As Mercy Home’s round-the-clock network of therapeutic care made Dylan feel more in control of his life – at home and at school – he finally felt comfortable to branch out and enjoy some hobbies. By participating in our Home’s after school program, Dylan explored photography and painting, but he really connected with our intro to computer coding workshop.

Coding is like putting together a puzzle and finding the solution is so satisfying,” he said. “It gives me a sense of accomplishment. I never felt that before I came to Mercy Home.

Best of all, Dylan has found a true advocate in Justin, the Mercy Home youth care worker who teaches the coding workshop. Justin’s leadership and positive influence sets such a great example for Dylan.

“Justin is definitely a role model for me. I’ve really bonded with him,” Dylan said. “Seeing how he shares his knowledge and treats others with respect means a lot to me. It makes me want to be like that when I grow up.”

As Dylan starts to envision the man he wants to become, he’s also thinking more about his future. Even though coding is just a newfound hobby, it very well could turn into a career, thanks to the encouragement of Justin and other advocates.

“Justin and I are researching programming classes I can take,” Dylan said. “And after I graduate high school, I think I want to go to college and study computer science or software engineering.”

Thanks to the support of our generous donors, Mercy Home can truly be a solution for kids in crisis, so that children like Dylan can heal from their pasts and make sense the present to secure a successful future.

Disclaimer: Because we care deeply about protecting our children’s privacy, the names and certain identifying details in this story have been changed. 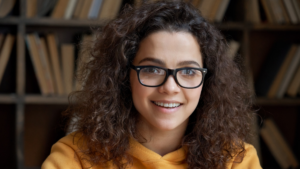 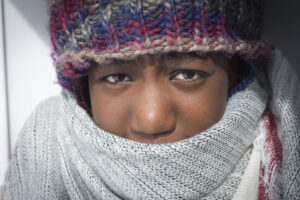 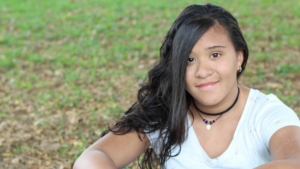 Sometimes, Daisy’s dad would drink too much.  It started as a small problem. In fact, at first, it didn’t even...