One of the most rewarding things about working with the children of Mercy Home is seeing their commitment to making a fresh start. And there is no better time than the New Year for our kids to resolve to make a change in their life. Our young man Alex was in desperate need of a change in his life.

He had been for a long time. Before he was born, both of his parents were addicted to drugs. His mother stopped abusing drugs when she got pregnant with him, but Alex’s dad was unable to quit and did not stick around.

For a while, things in Alex’s life were fairly stable. Even though he and his mother lived in a poor and sometimes dangerous neighborhood, he knew his mom was there for him. But when Alex turned 16, things took a turn for the worst. His mother started abusing drugs again, and would disappear for days or even weeks at a time.

Because his mother’s behavior had become so erratic, she was unable to hold down a job. And without a job, she couldn’t pay for even basics like rent or groceries. For a while, the landlord took pity on Alex and let him stay in the apartment even though his mother wasn’t paying rent. But eventually, he made Alex leave.

With nowhere to go and without his mother to depend on, Alex stayed in countless different places. Sometimes, he could find a friend to stay with. Sometimes there was a room in a shelter for him. And other times, he had to sleep in his car or camp out in an abandoned building.

Alex decided he needed to support himself, and tried to get a job. But because he didn’t have a place to live or clean clothes to wear, he struggled to make a good impression in job interviews. And by this point, he had given up on school entirely. He had no idea how he was going to be able to escape the situation he was in. After months of struggling, he was desperate. He decided that he needed to make a plan to get on a better path, and went to the public library to search the internet for options. During his search, he found Mercy Home.

After meeting with some of Mercy Home’s coworkers, he knew that if he wanted to make a change, this was the place to do it.

Alex wasn’t sure that Mercy Home was the right place for him, but he decided to reach out. After meeting with some of Mercy Home’s coworkers, he knew that if he wanted to make a change, this was the place to do it.

For the first time in years, Alex finally felt that he had a place to call home. He no longer had to worry about where he was going to sleep each night or if there would be food on the table during mealtime. With that burden lifted from his shoulders, he was able to turn his attention to making a difference in his life.

With the help of our Home, Alex was able to get back into high school and worked hard with tutors each night to catch up on everything he missed. We also helped him find a job, where he is learning valuable skills that will help him be successful and provide him with opportunities to have a bright future.

We are so proud of all that Alex has achieved since arriving at Mercy Home. It is especially inspiring, as we begin this New Year, to see what changes are possible with a simple resolve to make them. And I thank you, our faithful Partners in Prayer for keeping our children, like Alex, in your prayers. Your prayerful support brings hope to our children so they can see their future filled with opportunity, and have the courage to make the needed change in their lives, thank you for this life-giving gift. 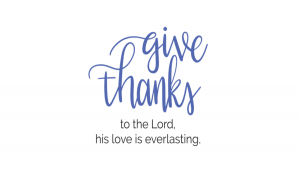 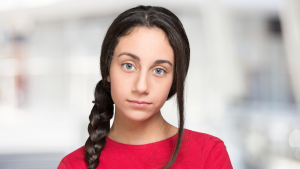 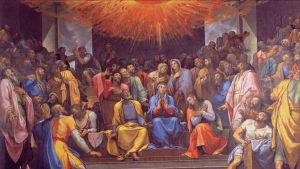