As we shelter during the coronavirus emergency, we may feel at times isolated and lonely. And the disruption to our reliable routines can make any of us feel anxious.

But young people who grow up without attentive support and guidance from caregivers face a host of challenges that threaten their long-term health and success.

For as long as he can remember, Isaac felt like he was alone. His parents were so wrapped up in their own lives that they never had time for him. They often hosted parties that lasted late into the night, and with the loud music and yelling, Isaac had a hard time sleeping.

Because of the lack of structure at home, school was a low a priority in Isaac’s life. He did just enough to get by and struggled to follow the rules. Acting out in class became routine, and since he faced little consequence at home, punishment from his teachers was not much of a deterrent.

“He felt that he needed to be loyal to his father, but carrying this secret weighed heavy on his shoulders…”

Isaac was unsure of what his father did for a living. He just told Isaac that he was a businessman. But, by the time Isaac reached middle school, things became clear and he realized that his father was selling drugs.

This discovery was a turning point in Isaac’s life. He was sad to learn that his father earned a living illegally, and he did not want anyone to find out. He felt that he needed to be loyal to his father, but carrying this secret weighed heavy on his shoulders and he fell into a depression.

Isaac’s problems at school became even worse when he started skipping. He missed so many days during one school year that he was held back, as his peers moved on to the next grade. He felt hopeless and started to wonder if he was destined to end up like his father.

Because of his truancy and behavioral problems, Isaac’s school arranged for him to meet with a social worker regularly. They encouraged Isaac’s parents to join the sessions, but they never came.

At first Isaac refused to speak about his home life with the social worker – he assured her that everything was fine. But as they continued to meet, Isaac slowly began to reveal information about his personal life. Eventually, he could no longer could keep the secret he had been holding inside for years and he told her about his father’s illegal activity in the house.

The social worker realized that Isaac needed a safe place to live and felt that Mercy Home was the best fit.

When Isaac moved in, adapting to the structure of the Home was more difficult than he anticipated. His entire life, he never had anybody telling him when to come home after school, when to do his homework, or when to go to bed. After just two weeks, he was ready to leave.

“…while he once felt hopeless about his future, he now feels he can accomplish anything.”

Fortunately, in just a short time, Isaac developed a relationship with his therapist. They bonded by playing basketball together and Isaac discovered that they shared much in common. He also assured Isaac that if he gave it a little more time, things might get easier. Since his therapist was somebody Isaac looked up to, he decided that he would stay.

It’s incredible to see the transition Isaac has made in just one year at Mercy Home. In working with his therapist, he learned different coping skills to address his depression and his behavioral problems. He also works with a tutor regularly and has developed the study habits he needs to succeed. Now, when he goes to school, he is confident in himself. And while he once felt hopeless about his future, he now feels he can accomplish anything.

Thank you for giving kids like Isaac hope for a bright, successful future! 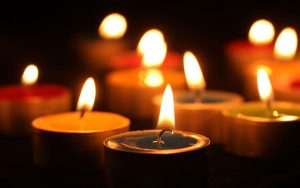 Feast of All Souls

Join Fr. Scott Donahue as he refelcts on the celebration of the Feast of All Souls' Day, a day to... 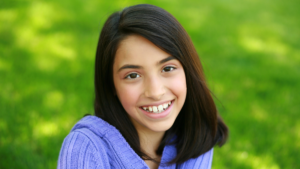 From an outsider’s perspective, Ella’s family seemed like any other. Though they lived in a poor neighborhood, both of Ella’s... 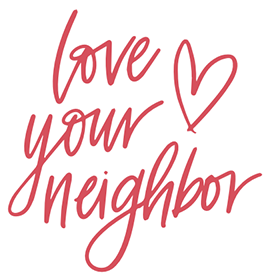 Fr. Scott’s Corner – Not a Lost Cause

At Mercy Home for Boys & Girls, we have a beautiful fountain, located in a quiet courtyard, where our children,...

The Importance of Art Therapy

How to be a Happier Parent
Scroll to top