Many of Mercy Home’s children grew up longing for a home where they would be safe and cared for. But due to circumstances beyond their control, this dream seemed to always remain out of reach.

That is how Devon felt growing up. His home life was chaotic, and he never knew a normal childhood. As a result, Devon was struggling when he came to Mercy Home.

Devon’s home life was not traditional, to say the least. His father was never in the picture, and his mother died of a drug overdose when he was very young. The only family Devon had left was an adult half-sister. She raised him despite being very young herself and having limited parenting skills.

“His [Devon’s] home life was chaotic, and he never knew a normal childhood.”

Life wasn’t easy. Devon’s sister moved around a lot, and they often lived in run down, dirty apartments in dangerous neighborhoods. It was all they could afford. There was never enough food in the house. Sometimes his sister’s friends would move in to share rent, but they weren’t always the best people to have around. Some of them did drugs in the house, and others had ties with gangs.

His sister did her best, but she was not ready to be a parental figure to Devon. She worked several jobs to make ends meet, but it was never enough. She couldn’t always be around to make sure Devon was fed, had clean clothes, or did his homework. He fell behind in school, and there was nobody able to dedicate the time to helping him catch up.

As Devon grew older, he became aware of the violence in his neighborhood. Many of the streets were controlled by gangs. He had no interest in becoming involved in a gang but was still exposed to what came with that lifestyle. More than once, Devon witnessed shootings on his street. Thinking about leaving the house at all made him very anxious. He often ended up skipping school and staying home most of the time.

Finally, Devon’s sister realized that this living situation was not working for her or Devon. She wanted him to have a safer place stay where he could receive the structure and support that a boy his age needed. After finding out about Mercy Home, she told Devon about us. He couldn’t wait to move in!

When Devon arrived at Mercy Home, he was a shy, nervous boy having a hard time in school and lacking confidence. He had a hard time speaking to the other boys and staff. He often struggled to even make eye contact. He asked why any of us would care about him when nobody else did. My heart broke for this young man who my coworkers and I saw so much potential in.

“He began to gain confidence in himself and his abilities. Devon finally found a place where he felt safe.”

It took some time, but I eventually began to see changes in Devon. At first, the changes were small: he would say hello to others in the hallway or join in conversations with the other boys at dinner. But little by little, these small changes became big changes. Devon worked hard to improve his grades, and went from failing nearly all of classes to getting Bs and Cs. He learned that he could depend on staff to take care of him. He began to gain confidence in himself and his abilities. Devon finally found a place where he felt safe.

I am truly grateful to friends like you for making life-changing differences like those Devon experienced possible at Mercy Home. Thank you! 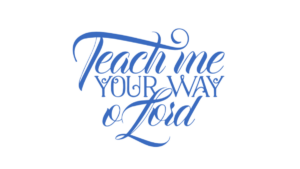 Are you familiar with the saying “actions speak louder than words?” Perhaps you heard it from a parent or teacher... 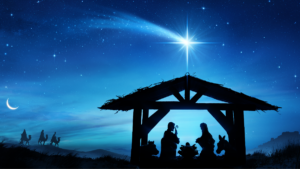 Solemnity of the Nativity of the Lord on Christmas Day

We invite you to join us for a Sunday Mass at Mercy Home reflection, where we will discuss the Solemnity... 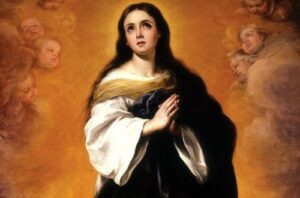 Prayer on the Solemnity of the Immaculate Conception

Father,The image of the Virgin is found in your Church.Mary had a faith that your Spirit prepared and a love...