Sienna and her mother had a wintertime tradition. Every Saturday, they would go to the coffee shop around the corner from their apartment and get hot chocolate. They would sit by the window, watching people pass by and talk about everything.

Sienna’s mother was a nurse’s aide in a local hospital. She always had a busy schedule and worked hard as a single mother to her daughter. But she also always made time for Sienna. With Sienna’s father out of the picture, her mother made an extra effort to foster a close mother/daughter relationship.

It only took seven days for Sienna’s mother to die of COVID.

When the pandemic began, Sienna’s mother’s job as an essential worker became even more taxing. While others stayed home, she dutifully attended work each day, helping the countless ill patients who came through the hospital doors. And then she got sick.

After her mother died, Sienna was sent to live with her great aunt, a woman she had never met before. Her great aunt had no children of her own, which wasn’t surprising given how much she seemed to dislike them. She had no idea how to relate to Sienna, much less comfort her in her grief.

All Sienna wanted was to return to the snowy days spent at the coffee shop with her mother. It was hard to grasp that the life she had always known was gone.

Sienna fell into a deep depression. She stopped logging into her classes every day during remote learning, and sometimes didn’t even get out bed. There was a sadness that seemed to settle into her bones, one that she couldn’t shake.

Sienna’s great aunt didn’t know how to help her, but when one of Sienna’s teacher reached out to suggest Mercy Home, she agreed that it would be a good idea.

At first, Sienna was indifferent about coming to Mercy Home. But when she met with someone from our Admissions department, the support that we offered seemed like a lifeline. She decided to grab it, and moved in.

Of course, coming to Mercy Home didn’t magically make Sienna feel better. But she was committed to try anything that might help.

One thing that really helped was therapy. Sienna felt weird talking about her life and problems at first, but she quickly realized that having someone to talk to made her feel less alone. The other girls were great listeners, too. So many of them could relate to the struggles she faced.

Since coming to Mercy Home, Sienna has slowly begun to heal. Of course, she still misses her mom, but she also knows that she has the support of the entire Mercy Home family—something that gives her hope for a future that is brighter.

Thank you for being a friend to kids just like Sienna. Your prayers and love help them heal. 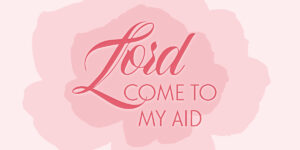 When Angelo first arrived at Mercy Home, he hadn’t been to school in over three months. Education was never really... 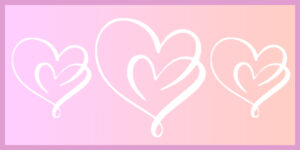