Zachary came from a large family—he grew up in a crowded apartment with his parents and seven brothers and sisters. While things were chaotic at times, his family always managed to get by. Then, when Zachary was 12 years old, his father was killed in a shooting right outside their apartment. Zachary was with his father and saw the whole thing happen.

As I’m sure you can imagine, watching his father be murdered was the worst thing Zachary ever experienced. And after the trauma of that experience, things just kept getting worse. His father had worked several jobs to support the family, and without him, they were struggling without the extra income. Some of Zachary’s younger siblings didn’t really understand what happened, only that their father was gone now. His mother tried as hard as she could to hold things together, but Zachary didn’t see how anything would ever be good again.

“Zachary felt like he was trapped in a nightmare.”

Zachary found himself in a dark place, feeling overwhelming negative emotions. He was sad about the loss of his father. He was angry that there was nothing he was able to do to prevent his death, and nothing he could do to help his mom and siblings. And he was scared—scared to even walk past the sidewalk where his father died. Sometimes, he was too afraid to leave his apartment.

Zachary’s mother saw that her son was struggling. She knew that things needed to change for him, and began looking on the internet for other options for Zachary. When she discovered Mercy Home, she thought it would be a great fit.

Zachary and his mother visited our Home shortly after. While Zachary wasn’t sure that he wanted to leave his mother and siblings, he also knew that he didn’t want to continue feeling the way he was feeling. He agreed to give Mercy Home a try.

“While Zachary wasn’t sure that he wanted to leave his mother and siblings, he also knew that he didn’t want to continue feeling the way he was feeling.”

Zachary struggled when he first arrived at Mercy Home. He still didn’t know how to deal with all of his negative emotions or grief, and got into fights with the other boys and staff.

But even on days when it seemed like Zachary was ready to give up on himself, my coworkers refused to give up on him. Eventually, Zachary began to trust our staff enough to open up. And as soon as he did, he realized sharing everything that he had been keeping bottled up made him feel better. He became more open with the other boys, too, and over time was able to form close friendships with them.

Today, Zachary is thriving at Mercy Home. We are so proud of the progress he has made in the time he has been here. And, please know, it is your prayers and support that make all the difference in Zachary’s life. Thank you! 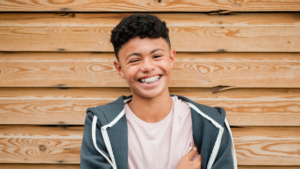 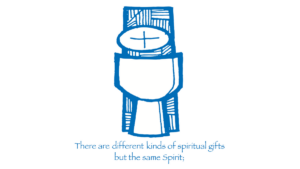 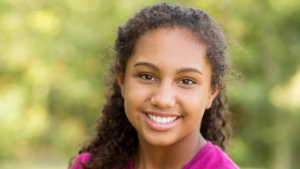