Unlocking the Spirituality of our Youth

Getting in touch with spirituality is a different process for everyone and may take a lifetime to achieve. We want our kids to grow in all facets of life during their time with us and helping them find spiritual fulfilment is a crucial part of our mission.

“To me, spirituality is what you do that connects you to the world; connects you to other people or makes you want to be a better person,” said Marc Velasquez, Manager of Spiritual Development at Mercy Home for Boys & Girls. “It could be going for a hike, it could be exercising – because just the feeling you get after you’re done running is refreshing and exhilarating and you feel better and part of something.”

Spiritual development is a part of everything we do at Mercy Home, but some of the activities we design specifically for this purpose are centered around group gatherings. One of the most spiritually impactful events our youth participate in each year are retreats.

“We want to offer the opportunity to experience other spiritual ideas, other spiritual practices or just other spiritual ways of being,” Velasquez said. “I think what we do on retreats is a big part of that – exposing kids to things that they might not think of as stuff that would make them stronger.”

“To me, spirituality is what you do that connects you to the world.”

Saying thanks through service

One of the most important elements of Velasquez’s work is developing strong relationships. He gets to know youth at Mercy Home by taking an interest in their interests; whether it be music, video games or sports. The importance of relationships is a lesson that Velasquez learned throughout the course of his own spiritual journey.

While studying at Boston College, Velasquez realized he was in a fortunate position thanks to the support of family, teachers and organizations along the way.

“I decided it was incredibly important for me, as a way of saying thanks, to continually try to be that for others,” Velasquez said.

True to his pledge, Velasquez spent his first year out of college doing community service through AmeriCorps. It was his next experience, however, that would have the most influence on the work he does today.

“I joined the Jesuit volunteers for two years and was teaching in a prison in Belize while I was there,” Velasquez said. “I had no idea what I was getting into when I said I would do it. It’s the only prison in the entire country.” 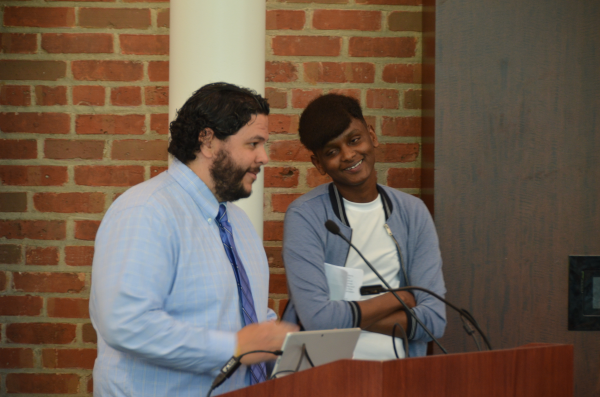 Hanging on to humanity

When Velasquez arrived, the prison was in the process of separating children from the adult population, who previously lived together. With a new facility specifically for youth, Velasquez was tasked with providing them an education. Using magazines and donated textbooks, Velasquez engaged kids in critical thinking exercises and discussions. But his job was more than just teaching.

“In a lot of ways, it was similar to what I do here [at Mercy Home] — which is listen, form relationships, see where I can help expand someone’s world view,” he said. “And in that situation, I realized that a lot of the kids in prison would lose some of their humanity. And I think that that’s just the nature of what happens in prison.”

While he stimulated their minds and distracted them from their surroundings, Velasquez also made sure these imprisoned children stayed connected to the outside world. He could not allow them to lose their sense of humanity.

“When they would ask me for favors, like going to see family or delivering letters or things like that – I took that really seriously,” said Velasquez. “I travelled around the country visiting these kids’ families. I remember one kid, he wanted his mom to send a birthday cake – and there was something so simple about that, like, ‘I want to feel like I still have a mother who cares about me enough to recognize my birthday by baking a cake.’”

“I think I’m incredibly lucky that I get to come to work every day and encounter the spirituality of our kids. They are expanding my spirituality by teaching me the things that make them better.”

Now, Velasquez is enriching the life of children at Mercy Home by helping them discover their own sense of spirituality. Each kid has their own path and ways of finding spirituality, but Velasquez has noticed one thing that some of our kids have in common: basketball.

Velasquez has found that when kids at Mercy Home are involved in basketball and on a team, they feel like they are a part of something. When they are excelling at being part of a team, they are also excelling in their personal growth.

“We had a kid a couple of years ago who had a horrible time following rules. There was nothing about being told what to do that he liked. But if you put him on a team, he would follow the rules: he would dribble, he would pass when he needed to pass, and he called fouls.”

Most of our kids have faced adversity in their lives: they may have been abused, neglected or witnessed traumatic events. Like he did for the imprisoned youth of Belize, Velasquez is building relationships with our youth and helping them hang onto their humanity as they try to move on from these painful experiences. Though his role is to help them find spiritual fulfilment, Velasquez finds that they help him grow just as much.

“I think I’m incredibly lucky that I get to come to work every day and encounter the spirituality of our kids. They are expanding my spirituality by teaching me the things that make them better.” 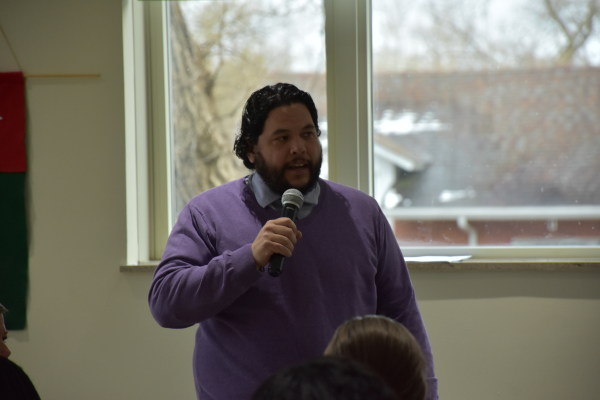 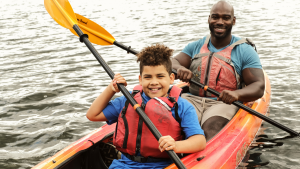 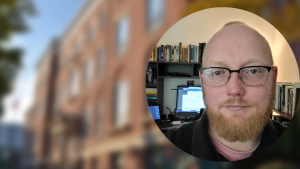 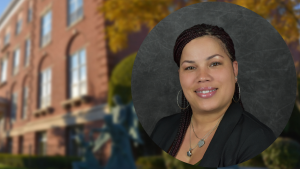