Pongo and Tom: A Dynamic Duo of Therapeutic Care 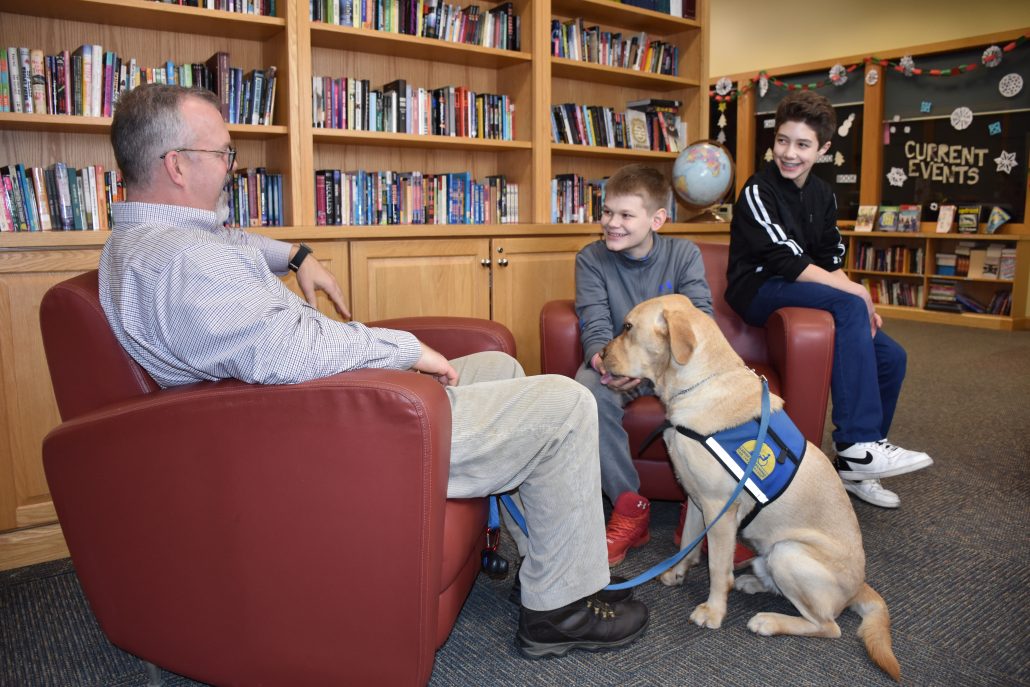 The arrival of Pongo, our facility dog, ushered in a new era of animal-assisted intervention at Mercy Home for Boys & Girls. The celebration surrounding our four-legged coworker has quieted down, but Vice President of Youth Programs Tom Gilardi doesn’t see this as a lack of enthusiasm. Instead, he views it as evidence of Pongo’s true purpose: becoming part of our routine.

“Pongo is like the wallpaper. He blends right in,” said Tom, who also serves as Pongo’s facilitator. “He’s like the family dog now. Which is what we want.”

Regardless of his familiarity around the Home, Pongo is as popular as the day he set paw through our front door. Kids light up whenever they see Pongo. Naturally, this happiness makes them more relaxed when they spend time with him or pet him. This bodes well for Tom, who uses Pongo to this advantage.

“Pongo just may be a touch piece when the kids and I are talking,” he said. “It’s not like he’s the center of attention – it’s more like he’s a conduit for getting the kids to open up. I feel like I know the kids much more intimately now because of Pongo.”

But it’s not just the kids who Tom is getting to know better.

“Pongo has definitely helped me connect with the youth care workers,” he said. “One of the most important parts of my job is staying connected to that front-line staff. Pongo has really helped grease those relationships.”

Such kinships have kept Tom and Pongo in high demand. Tom is equal parts former linebacker and teddy bear. Kids gravitate toward his fatherly vibe and boisterous energy. With his furry sidekick, he’s part of a dynamic duo of therapeutic care.

One of our younger boys recently experienced an upsetting situation at school. He struggled to process the circumstances, so Tom and Pongo intervened.

“He got right down on the ground and was petting Pongo, and just talked through the whole situation,” Tom said. “This is exactly what we wanted.”

Through this canine connection, the boy is also forming a more important relationship.

This connection offers Tom such a clear and direct line of communication with not only kids, but the residential programs he oversees.

“That’s good for me because, as an administrator, I get to see what’s working, and what’s not working,” he said. “That means this information isn’t getting filtered by three or four layers of people.”

Now, as springtime beckons, even more layers are being shed, like winter coats.

“Pongo and I were both ready for the weather to break, said Tom. “The winter is a bit of a grind, because Pongo has to stay on his leash in nearby parks. But now that the snow has melted, we’re getting back on our outdoor thing down at the Walsh Campus.”

Tom and Pongo typically spend every Thursday at the Walsh Girls Campus, which includes a large enclosed backyard where Pongo can freely run off-leash and play in the grass.

“Pongo loves running around the Girls Campus,” Tom said. “There’s so much for him to explore. And the girls love him.” 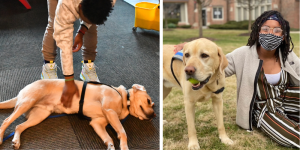 As we all marked the one-year anniversary of the pandemic, so too did the kids of Mercy Home for Boys... 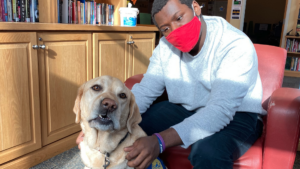 How to Keep Your Pet Entertained Indoors During Bad Weather

Cabin fever is no joke, especially during a global pandemic when experts recommend staying home. While a nice, brisk walk... 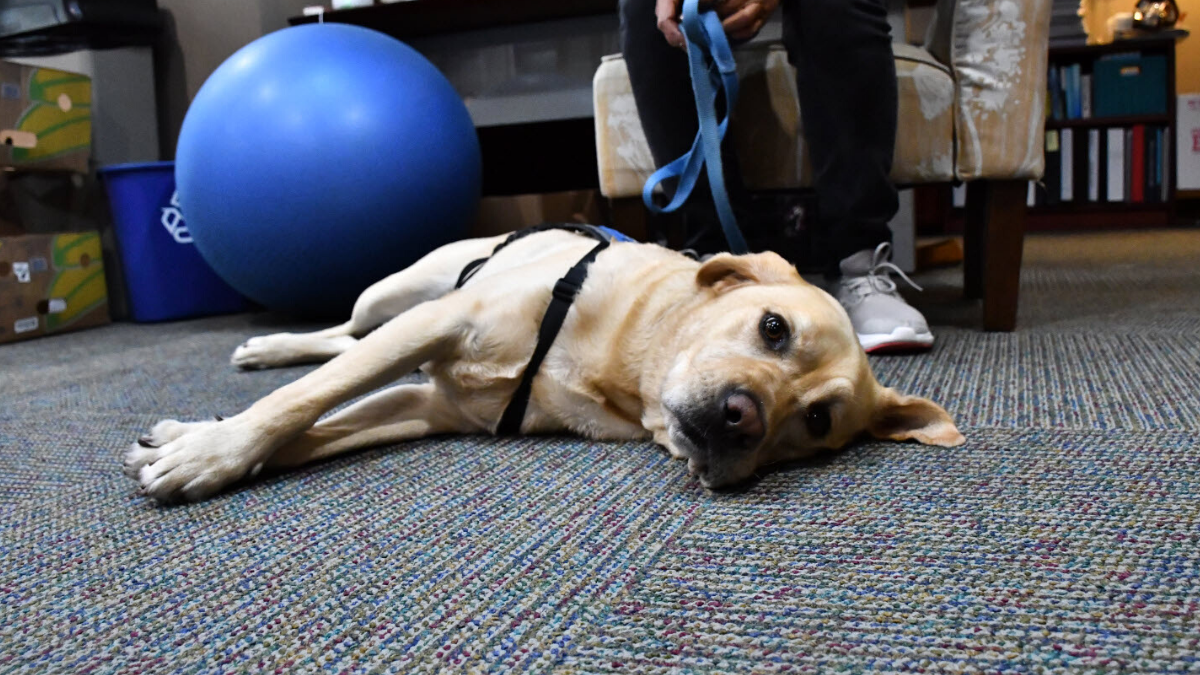 New Year’s Resolutions Your Pet Can Make This Year