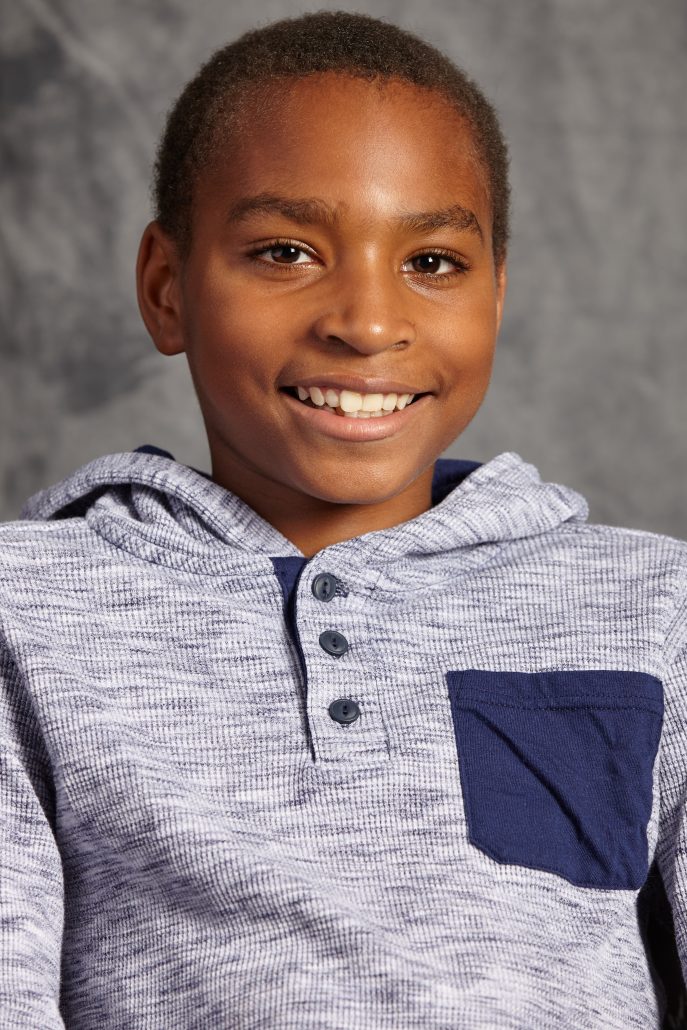 DeJohn can’t get enough of the great outdoors. “I just love going outside, probably more than anyone I know,” he says.

Thanks to you, DeJohn’s time at Mercy Home has been full of outdoor activities, even a once-in-a-lifetime trip to Yellowstone National Park. “We saw sheep, bison, and elk,” he remembers. “I saw the Big Dipper, Little Dipper, and the Leo constellation. It was awesome!”

But prior to arriving at Mercy Home, it wasn’t safe for DeJohn to play outside. His neighborhood was besieged by gun violence. “It’s one of the most dangerous neighborhoods in Chicago,” DeJohn explains. “It seems like there’s a shooting there every single day.”

DeJohn yearned to spend time outside. This often put him in conflict with his mother, who adopted him when he was very young. She feared for his safety.

“We fought about that. She was scared I’d get hurt, or worse,” he says. “I like to play basketball. I liked to go to this one park all the time, because it’s the only park in my neighborhood. But two police cars had to be there all the time.”

As he was growing up, DeJohn’s relationship with his biological and adoptive family was complicated. He didn’t learn he was adopted until he was 12 years old. Six months ago, his biological mother passed away.

All of this took its toll on DeJohn, and on his academics, too. He started acting out, getting into fights at school, and ditching class.

Though their relationship is much better today, that period was difficult for DeJohn and his mom. “I was so bad that she tried to put me in a juvenile detention center,” he says.

At school, he barely put forth any effort. “I would slack off, all the way to the end of the semester, then try to catch up,” he remembers. “I’d see I was getting F’s, then try to get ‘em up to D’s so I could pass.”

When asked why he thinks he slacked in class, he answers simply: “I didn’t have any support.”

School administrators searched for options for DeJohn, and thankfully, found a solution. “They looked up the best place for me to go, and it was Mercy Home,” he says.

School administrators searched for options for DeJohn, and thankfully, found a solution. “They looked up the best place for me to go, and it was Mercy Home,” he says.

In our care, DeJohn says he has found a network of support. Our coworkers and tutors hold him accountable for his actions and provide a framework for him to learn from his challenges.

At first, DeJohn found himself overwhelmed by our tutors’ high standards. But they inspired him to complete his homework on time. Soon, he started seeing results. Before long, DeJohn’s report card was a string of A’s, B’s, and C’s.

“I felt awesome. It felt like I could do anything I want,” he says.

Like many of our kids, DeJohn found the first few weeks living with a new peer group intimidating. But in time, he earned their respect and trust—and began flashing his winning skills on the basketball court. Soon, he started making friends, some he now calls “best friends for life.”

DeJohn also started connecting with our coworkers, especially his two advocates—youth care workers who provide personal support and encouragement for our kids.

“Sarah, my first advocate was amazing. No matter what I did, she was willing to help me. She saw the positive in everything, even if I did something bad,” he says. “Rob, my current advocate does that, too. People joke around with us. They call Rob and me ‘father and son’ because our bond is so strong.”

DeJohn has even become an advocate himself—to a classmate whose family is struggling. “I’m trying to get her to come live here, so she can have a better life,” he says.

DeJohn says he loves living at Mercy Home and doesn’t hide his pride. “I was showing it off to every one of my friends at school, telling them I lived in a mansion, only with ten other guys,” he says with a smile.

He recalls his first Christmas at Mercy Home with particular fondness. He remembers the decorations and the Christmas tree, and gets excited thinking of the presents he received: a pair of gym shoes and a gift card.

But it’s the memory of the fellowship that makes his eyes light up. “We had a big old party. It was great! Everyone was so excited,” he says. “It felt awesome and fun.”

Thank you for giving kids like DeJohn a safe, stable, and nurturing Home. Because of your kindness, they are part of a support network that motivates and inspires them.

Here, as they heal, they find the courage not only to pursue their dreams, but to create new ones. Today, DeJohn dreams of pursuing a career in mechanical engineering. With his newfound academic success, and you by his side, we know that dream is within reach.