Life can change in an instant. Sadly, far too many children learn this at a young age. It only takes one tragedy to turn someone’s life upside down. And when that happens, these young people are often forced to grow up too quickly and shoulder burdens no child should ever have to. When Jacob arrived at the doors of Mercy Home, I learned that this was his reality.

Jacob’s life had always been peaceful. He was a good student and an altar server. He was much like any typical child—he loved spending his days with his family and playing with his friends. But one day, everything changed.

Jacob’s father was killed by a drunk driver when he was coming home from work. And just like that, the life he knew and enjoyed was over. His mother did not handle the news well when the police came to their door to tell them the bad news. She cried and screamed and threw things.

Jacob’s father was killed by a drunk driver when he was coming home from work. And just like that, the life he knew and enjoyed was over.

From then on, his mother’s screaming, crying fits often woke Jacob from his sleep. And she was so distraught that she relied heavily on her young son for help with everything from paying the bills to buying groceries. He even had to help make the arrangements for his father’s funeral.

His father’s death seemed to permanently change his mother. She went from taking good care of her son and wanting to be around him to becoming upset just at the sight of him. In order to avoid adding to her pain, Jacob tried to stay away from her as much as possible.

These many changes deeply affected Jacob, too. He was devastated by his father’s passing and terrified by his mother’s behavior. He was overwhelmed by how much his mother relied on him.

It didn’t take long for his mother to be so overcome with grief that she stopped going to work and lost her job altogether. Instead taking care of her son, she stayed in bed all day. If Jacob tried to go in her room to talk to her or bring her food, she would refuse to even acknowledge him.

Jacob was confused by his mother’s behavior and worried that her anger toward him meant that he was somehow responsible for his father’ death. He felt that he was grieving the loss of both of his parents and didn’t know where to turn for help.

He felt that he was grieving the loss of both of his parents and didn’t know where to turn for help.

But when Jacob began missing full weeks of school, the full story of what was going on at his home came to light to his teachers and principal. Jacob was sent to live at Mercy Home and his mother to a hospital to be treated for her serious depression.

It took some time, but Jacob has slowly learned that his father’s death was not his fault and that he is valued by his Mercy Home family. He knows that with the support of people who care about him, he can accomplish anything. Thank you for allowing us to give hurting children like Jacob a stable and loving home when they need it most. Your support is truly invaluable. 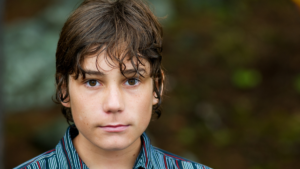 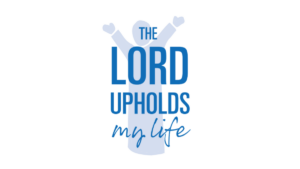 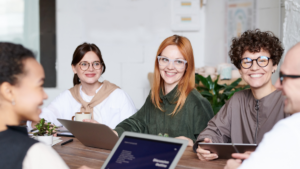