One of the most heartbreaking things my coworkers and I experience while working with the children at Mercy Home is seeing how little confidence they have when they come to our door. So many have grown up in homes where they never hear an encouraging word or praise for the things they do well. Sadly, they begin to believe that they have little to offer to anyone.

This was the situation Ryan was in when he first moved into Mercy Home. He grew up in a home with an alcoholic father and a mother who deserted Ryan when he was a toddler. Ryan’s father made it clear that he has nothing but a burden. And, after years of hearing it, Ryan began to believe it.

Ryan’s father made it clear that he has nothing but a burden. And, after years of hearing it, Ryan began to believe it.

Ryan tried everything to win his father’s affection. He started playing basketball because his father played when he was young. He studied extra hard in school, hoping to impress his father with his good grades and constant place on the honor roll. Eventually, it became clear to Ryan: nothing he did would ever be good enough for his dad. The best he could hope for was that his dad would ignore him entirely, rather than telling him how worthless he was.

Ryan began to wonder why he bothered to try so hard at everything. He began to believe his father’s words: he would only be a failure his entire life. He figured there was no reason to spend hours studying or to continue working on his jump shot. He quit the basketball team and stopped putting effort into school. At first, he just stopped doing his homework. Eventually he barely even went to school.

Ryan was depressed. He couldn’t understand why he would never be good enough for his father. Fortunately, even though his dad didn’t notice that his son was going through a hard time, one of his teachers did. She was concerned about the drastic change in Ryan’s behavior.

She held him back after class, and asked him if there was anything going on at home that he wanted to talk about. He told her he didn’t want to talk, but she told him that she was always available if something came up. That night, Ryan contemplated his teacher’s offer. Though he felt uncomfortable opening up to anyone about how he was feeling, he couldn’t deny that he was in a dark place. He decided to confide in her. Once Ryan explained to his teacher what his home life was like, he instantly felt a little better. And when his teacher told him about Mercy Home, a place where he would receive all the encouragement and care he needed to succeed, he was intrigued.

After visiting our Home and meeting with some of my coworkers, Ryan was sold on the idea of coming to Mercy Home. He moved in shortly after.

At first, it was difficult for Ryan to accept that my coworkers and I cared about him and wanted him to succeed. He was so used to being torn down by his father that it was hard to believe that anyone could feel differently. But after a few difficult months, Ryan began to believe that he was capable of accomplishing great things. And with loving friends like our Partners in Prayer behind him, we are confident he will succeed!

Thank you for all you do for kids like Ryan! Your friendship helps them believe in themselves and become more confident in their unique gifts. Your support is priceless to them! 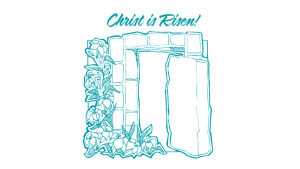 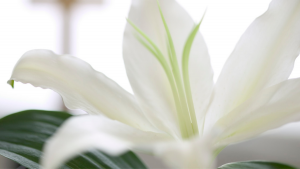 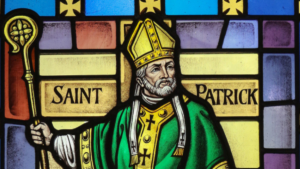