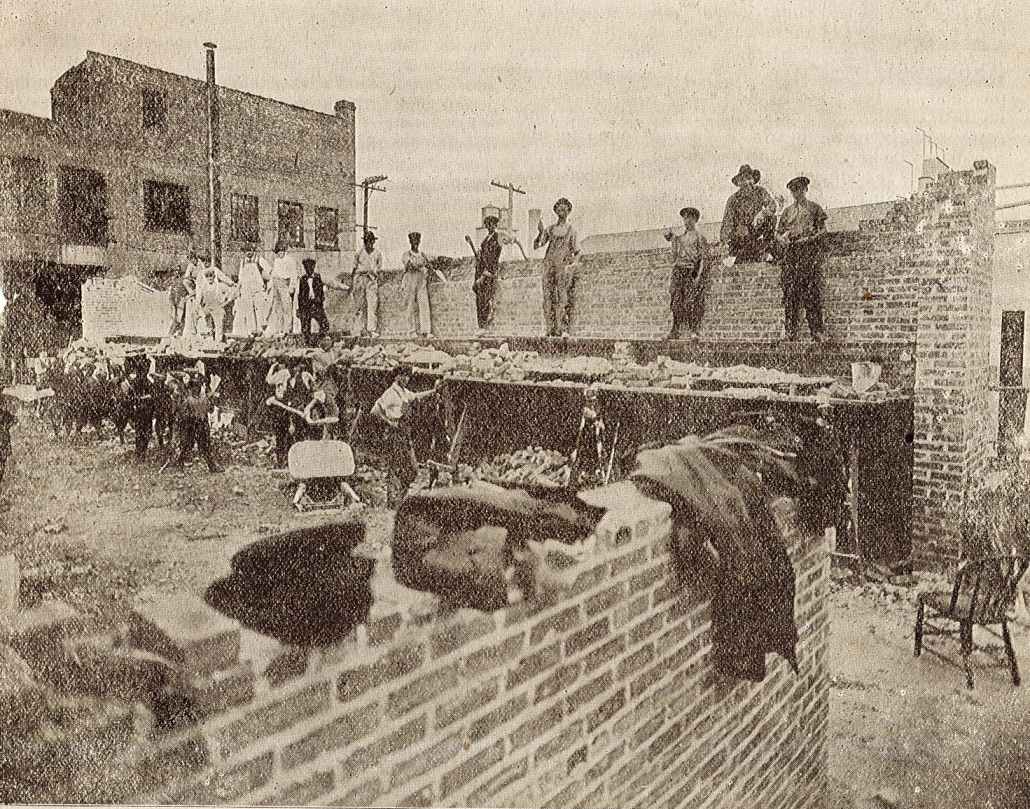 The Mission Press is Founded

In the dawn of the 20th century, a small printing operation was taking shape at Mercy Home for Boys & Girls that printed letters to donors and The Waifs’ Annual and The Waifs’ Messenger magazines. Under the tutelage of expert union printers and the guidance of President Rev. Dennis Mahoney, boys at the Home learned a new, marketable trade while helping to keep a roof over their heads.

When Monsignor C.J. Quille took over for Rev. Mahoney in 1906, Mercy Home’s new leader was keen to keep the presses running.

“We knew the value of advertising,” Fr. Quille later wrote in a 1918 issue of The Waifs’ Messenger. “To reach [donors] we must send letters and papers. Why not let the boys do this work?”

By 1915, demand had increased for printing services so much that Mercy Home secured a Linotype machine. This acquisition boosted production and efficiency, and the print operation’s workload snowballed. Soon after, Chicago Archbishop George Mundelein placed all Diocesan printing orders with the Home. Members of the clergy, sisterhood, and other fraternal organizations also inundated their new go-to printer with projects, thus leading to the founding of Mission Press in 1916, which continues to thrive to this day.

But Fr. Quille had a larger vision: a proper, fully functioning trade school.

“This is my dream,” he wrote. “To provide training in a trade that will make my lads not only self-sustaining but worth-while citizens of our republic.”

As Mission Press and the in-house printing trade became a runaway success, Mercy Home took another giant stride in 1916 by establishing The Mission Shoe Shop, where boys learned shoe repair. Enticed by competitive prices with a moral hook, customers could either mail their well-worn shoes to the Home or have a boy come pick them up. Again, under the mentorship of master craftsmen, the boys learned the art of cobbling to such a degree that thank you notes praising their workmanship started pouring in.

But Fr. Quille’s dream still loomed. So, with the consent of Archbishop Mundelein, Mercy Home hatched plans for the third and fourth branches of the Trade School: a School of Automobile Engineering and General Machine Repair Shop, along with a Business School offering courses in shorthand note taking, typewriting, and bookkeeping.

However, as World War I raged on, Fr. Quille’s dream was abruptly put on hold for more than a year by the War Activity Board, which denied Mercy Home’s building permits during frugal wartime conservation efforts. But with Allied Forces claiming victory in 1918, Fr. Quille wrote a month after Armistice Day, “As the war is ended and peace, universal peace, we hope, near at hand, we feel at liberty to resume our dreaming.”

Seven months later – in the summer of 1919 – members of the Bricklayer’s Union volunteered their time to build what they hoped would be the first two floors of the new trade school. However, the project got snarled in a catch-22. The bricklayers offered their labor and time, free of charge because they were on strike. But the strike prevented access to larger amounts of brick and mortar, so they only built a garage and coal shed with what little donated material they had.

Although a dedicated “Trade School” building never materialized, whether he realized it or not, Fr. Quille’s dream had already come true and would continue to do so for decades to come. With Mission Press and the Shoe Repair department in high gear, The Mission Trade School was, effectively, already established, despite the lack of ribbon-cutting and ceremony. By maximizing existing space and taking advantage of incremental building additions, the trade school became the sum of many parts.

As the Roaring Twenties ushered in new property acquisitions for Mercy Home’s Rita Clubs that housed working young women, our in-house carpentry and painting trades took flight. These new properties – separate from Mercy Home’s main campus – gave the boys valuable on-the-job experience as they remodeled the buildings under the guidance of experienced tradesmen.

Mercy Home’s tradition of teaching our young men and women marketable skills for the workforce remains of critical importance to this day. While shoe repair and candle making have faded away, our internship and apprentice programs are carrying the torch of Fr. Quille’s dream, passing along the values and ethics of The Mission Trade School for generations to come.