Fighting for the Future 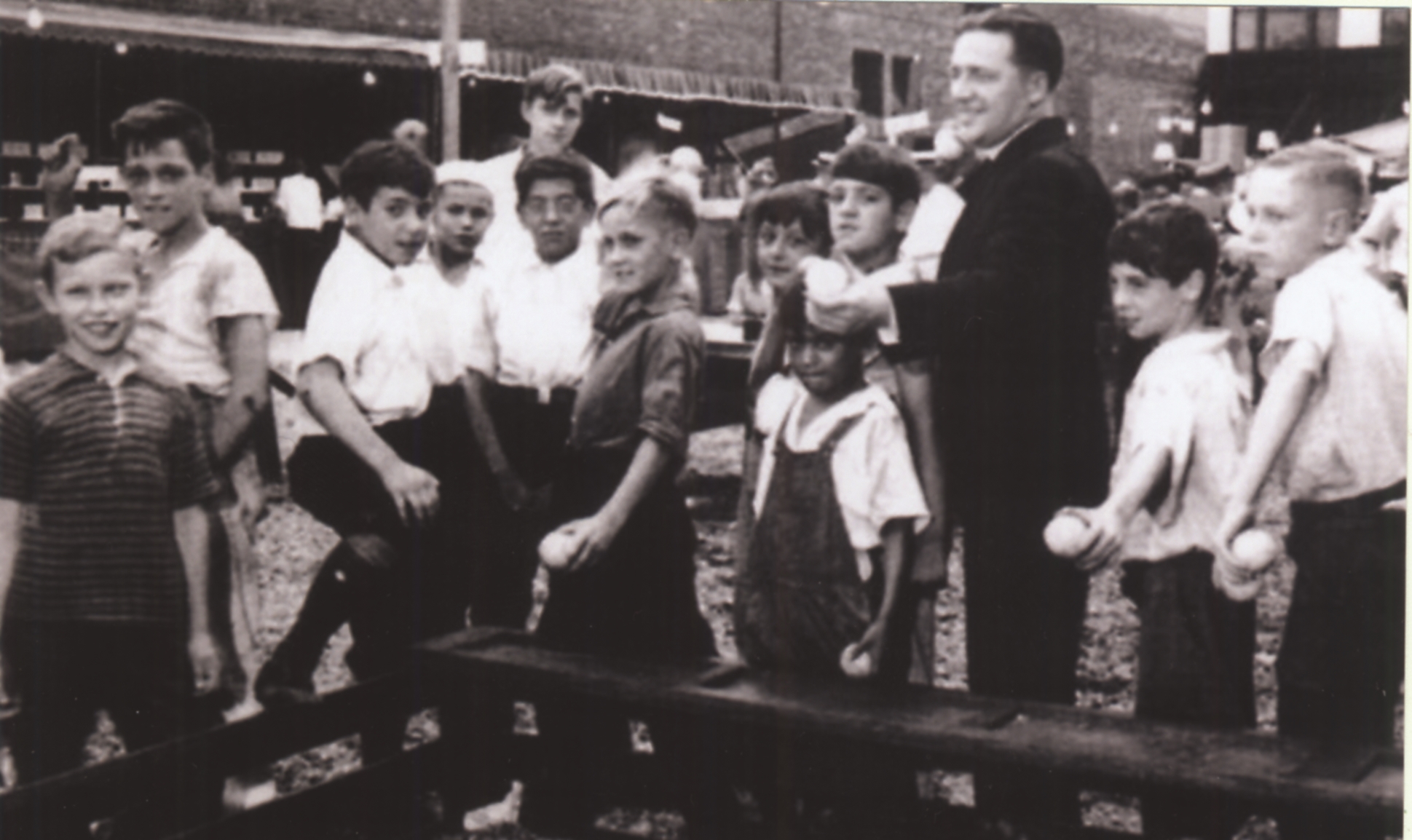 Mercy Home prepared to celebrate its Golden Jubilee amid the anxiety of the Great Depression and the specter of another world war looming overseas.

In the years that followed the stock market’s “Black Tuesday” crash of 1929, the nation’s unemployment rate climbed above 25%. In Chicago, which was heavily dependent upon industry, the rate was double that. By 1933, half of all banks had gone under. Bankruptcies were endemic. Suicide rates skyrocketed. Breadlines lengthened. Shantytowns grew. Men and boys left their homes and rode the rails again in search of any work that might be found in some other part of the country. Families already struggling in poverty were the hardest hit of all.

“A half century of devotion to a great cause—the cause of the homeless, the forgotten boy—has been indelibly written into the Mission of Our Lady of Mercy. Fifty years of effort, sometimes against tremendous obstacles, in trying to provide the home and care that is the birthright of every child.”

The Mission of Our Lady of Mercy, which had welcomed the poor street lad since 1887, was not spared the tumult of these times. More children sought refuge here as households disintegrated under the pressures of grinding economic despair. Annual subscriptions to The Waifs Messenger, on which the organization depended heavily for support, dropped by 25%. And after two decades of progress and steady leadership under the Rev. Centennial J. Quille, the mission saw three new superintendents take the helm in just six years.

The last of these was a tough priest for hard times.  Fr. Edward “Jake” Kelly, an ex-boxer, accepted the challenge in 1934 of ensuring that the mission would survive long enough to reach its jubilee and continue its tradition of providing life-saving care for the dispossessed children of the city into the future.

Located near the railway stations of the city’s lower West Side, “Fr. Kelly’s Home” would become a focal point for the poor, abandoned, and runaway boys of the Depression. The mission provided care for more than 100 boys during its jubilee year of 1937. Kelly welcomed children of every race, ethnicity, and religion. The only requisite was that a boy be in trouble, and so many were.

“A half century of devotion to a great cause—the cause of the homeless, the forgotten boy—has been indelibly written into the Mission of Our Lady of Mercy,” he wrote in The Waifs Messenger that year. “Fifty years of effort, sometimes against tremendous obstacles, in trying to provide the home and care that is the birthright of every child.”

Kelly’s missive did more than acknowledge a milestone. It sounded an alarm to friends across the country that the mission faced an existential budget crisis brought on by “years during which the demands made upon the little we had to offer were greater than at any time in all of our fifty years.”

Kelly then posed the question: What should we have done? Should we have scaled back and turned away needy children when they needed us the most? Or moved boldly forward to help those who turned up on our doorstep in ever greater numbers? Fr. Kelly answered that we confidently chose the latter, adding, “Despite our present financial difficulties, we have never regretted the decision.”

If Kelly possessed the tenacity to weather the worst of storms, he also had the ingenuity. He was known nationally as an innovative fundraiser. During the evenings, he had the boys in his care scour out-of-town phone books at night for “Catholic-sounding” names and send handwritten appeals for support.

The mission under Fr. Kelly’s leadership was also actively involved in the affairs of the city and the Chicago Archdiocese. This included participating in the new Catholic Youth Organization (CYO), which had been founded in 1930 by Chicago’s Archbishop Bernard J. Sheil to give working class and poor young men athletic outlets and alternatives to crime and vice. Kelly later became head of the CYO, which eventually grew into an international organization, as well as the director of the Catholic Archdiocesan Holy Name Societies.

In October 1937, Fr. Kelly welcomed donors and former residents to a 50th anniversary celebration and tour of the home on Jackson Boulevard. As the decade wore on, his written appeals for support included ruminations about the dark clouds now gathering overseas, and feared what would happen to his own young men as the world turned its attention toward war. While the industrial demands of the Second World War began to lift the nation out of the Great Depression, 148 of Kelly’s boys would leave home to fight for their country, six of whom would never return.

Fr. Kelly would go on to lead Mercy Home for the next 39 years—the longest of any superintendent before him or since. He died in Chicago in 1973.