Giving Thanks, Giving Back on Labor Day

Mercy Home’s President and CEO Fr. Scott Donahue was invited to give a reflection and the invocation at the Chicago Federation of Labor’s (CFL) annual Labor Day luncheon. The gathering brought together more than 1,200 leaders from organized labor, government, and business, as well as rank and file union members to honor those who have fought to secure the rights of working men and women throughout Chicago and Cook County.

Fr. Scott began his remarks by praising a group of young men from our Home who went on a Habitat for Humanity service trip to Athens, OH and a groups of our young women who did the same in Winston-Salem, NC. The trips are part of our young people’s efforts to give back to others.

To prepare them for their work building homes for those in need, Fr. Scott recounted, our good friends from Walsh Construction came to the Home to teach them basic skills they would need such as using power tools.

He said that after the young people returned, he received a letter from the executive director of Habitat for Humanity in Forsyth County (NC), Michael Campbell thanking our young women for helping to frame the walls of a house for a family in need. In his letter, he shared the story of Reggie, a young man who grew up in a Habitat house. The program had finally allowed Reggie’s family to stop moving constantly from place to place and to finally have a stable foundation on which to build a successful future.

“Just having that piece of mind, your own little slice of earth, gives you a sense of stability that is really nice,” Reggie wrote.

Campbell’s letter also cited research that showed that children who grow up in Habitat homes do better in schools and go on to college more than children in unstable homes.

“It is truly a wonderful thing that we are giving kids the tool they need to do well in life, and they pass them on to others,” Fr. Scott said. Taking the audience through a sequence of compassionate acts, he said Habitat for Humanity had given our young people the literal tools. Our partners at Walsh gave them the skills. And our young people themselves gave a family in need a safe, stable home.

He then extended the chain of compassion and giving back to others by giving thought and thanks to working people and the organizations that represent them who have contributed to the quality of life for countless people throughout greater Chicago and beyond.

“This event,” Fr. Scott said, “Gives all of us the opportunity to stop and reflect on the sacrifices made by so many to secure the rights of working men and women, and to provide them with the opportunities they need to make a better life for their families. Though some may take these rights for granted, we remember today they are only won through the hard work and sacrifice of others. We stand together to affirm our solidarity with the working men and women of Chicago and throughout the United States.” 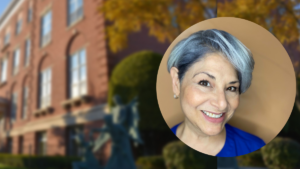 As Mercy Home's recruiter, Rosalinda Masson takes pride in finding great talent to bring to our Home and make a... 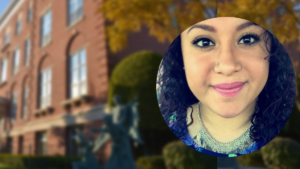 After a start in Mercy Home's volunteer MercyWorks program, Mayra Zavala currently works in our Admissions department and is pursuing... 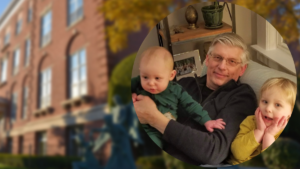 In a digital world, Mercy Home's Ed Andriusis defies expectations by being part of our successful direct mail department.