Nevaeh was tired of being let down by everyone in her life.

Her dad didn’t even stick around long enough to see her be born. And her mother, who had a long history of drug use, took off two years ago with a boyfriend, leaving Nevaeh behind.

There was nobody left to care for Nevaeh except her older sister, who was barely an adult but willing to take Nevaeh in. Living with her sister was more stable than living with her mother, but things were by no means easy.

Nevaeh’s sister worked a series of low-paying jobs that kept her out of the house most days. Keeping up with the bills was a struggle, and sometimes they would have to subsist on snacks from the dollar store instead of proper meals. Even things like Wi-Fi were a luxury. They couldn’t afford to pay for their own internet service, so they used a nearby business’s free Wi-Fi. But the connection was bad, and it was hardly a reliable way for Nevaeh to do her homework.

As a result of these difficult circumstances, Nevaeh was struggling in school. Her sister was always too busy to help her when she had questions. Plus, Nevaeh would often go to school without eating breakfast to help her sister save money. By mid-morning, she was too hungry to concentrate.

Sometimes, Nevaeh’s teachers would try to give her some extra attention to help her catch up, but it never seemed like enough. She was depressed about the loss of her mother, and, even though her sister was a loving presence in her life, often felt that nobody cared about her. She worried that she was a financial burden on her sister.

How could she even think about getting an A on her science test when so much was going on at home?

One night, Nevaeh was home alone working on her math homework while her sister worked a late shift. No matter how hard she tried, she couldn’t remember her teacher’s explanation of how to solve the problems on the page in front of her. Nevaeh realized she hadn’t even been paying attention in class that day. Her thoughts were on other things; namely, her difficult living situation. Frustrated, she threw her homework at the wall. She didn’t see the point of trying anymore.

As Nevaeh’s grades slipped further and further, her sister became increasingly worried about what Nevaeh’s future might look like if things continued this way. She loved her sister and didn’t want to see her struggling. During a lunch break at work, she began to search the internet for resources that might help Nevaeh. It was through this search she first discovered Mercy Home.

The more she read about what our Home offers our young people, the more convinced she became that this was the right place for Nevaeh. The next day, she showed Nevaeh Mercy Home’s website. They discussed whether Nevaeh would be interested in learning more about our Home, and Nevaeh agreed.

Initially, Nevaeh wasn’t really sure how she felt about moving into our Home. But a visit changed her mind.

The beautiful campus and the smiling faces of our coworkers made her begin to believe that something good in her future was possible.

The first days at Mercy Home felt strange to Nevaeh. There was so much to get used to—the routine of study time, chores, and a set bedtime. She never had anyone telling her what to do or when to do it before. But having a routine actually felt good. Nevaeh liked knowing what to expect and how the day would go. And it was a relief not to have to worry about if there would be food on the table or if her sister would have to work extra shifts to feed her.

Shortly after moving in, Nevaeh was introduced to her tutor. They met regularly to work on homework and study for tests. Mercy Home provided her with all the school supplies and technology, including internet access, that she needed to be successful in school.

Soon, it felt like a burden was lifted from Nevaeh’s shoulders.

She was able to discuss her feelings of sadness and abandonment with her therapist and the other girls, who could often to relate to the struggles she faced. And with some hard work, her grades were steadily rising. Nevaeh discovered that when she was able to pay attention and get support when needed, she actually enjoyed attending school.

Because of friends like you, Nevaeh was finally able to focus on what all children should be focusing on: being a kid and doing well in school. Before, the future seemed like an endless expanse of hopelessness. Now, Nevaeh can see only possibilities in front of her. With the support of our generous donors and loving coworkers, all of our kids have the best chance at success.

Support Our Kids in Their Education 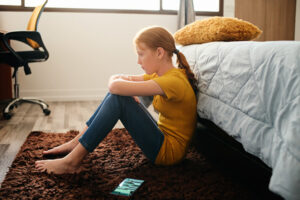 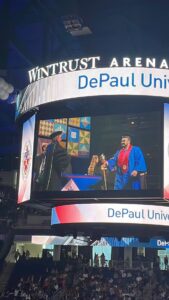 Behind the Scenes For the first 18 years of his life, Clemente Aragon stuck to the script.   He went... 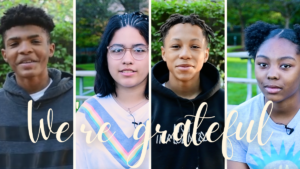 99 Things to be Grateful For in the New Year!

According to brain scientists whenever we express gratitude two “feel good” chemicals are released in abundance into the inner workings...