For more than three decades, our friends at the Fred B. Snite Foundation have made a tremendous impact on the lives of our children. Their support can be felt throughout the Home, particularly in our academic and vocational guidance and resources programming, which empowers our kids to create brighter futures. In bettering the lives of others, the foundation carries on the legacy of Fred B. Snite Jr., who was famously known as “the man in the iron lung.”

Snite was a Chicago native, and after graduating from the University of Notre Dame in 1933, he decided to travel. He was then diagnosed with infantile paralysis and required the assistance of an iron lung in order to breathe.

Though he spent much of his time in the mechanical respirator, Snite continued to lead a fulfilling life. He married his wife Teresa in 1939 and they went on to have three daughters. He also became a Notre Dame legend as he was often seen near the sidelines at Fighting Irish football games, watching from a mirror attached to his iron lung. Snite had a tremendous devotion to the Blessed Mother as well, and further endeared himself to the Notre Dame community when he donated relics of St. Bernadette of Lourdes to the university. Snite passed away in 1954.

The Fred B. Snite Foundation was established in 1945 by his father, Fred B. Snite Sr. In 1975, the family foundation donated the Snite Museum of Art to the University of Notre Dame, which is still home to thousands of works of art.

“My grandfather’s thought was to give back to as many people as possible, and we have four categories that we give to, and Mercy Home kind of fits a little bit of everything,” said Margaret Sackley, current President of the foundation and granddaughter of the founder.

“It’s societal, it’s religious, it’s educational, and you’re curing them of whatever psychological hurt and damage that they’ve had; either physically or emotionally. You’re tattooing a little love on their heart.”

My grandfather’s thought was to give back to as many people as possible, and we have four categories that we give to, and Mercy Home kind of fits a little bit of everything”

Given her longstanding ties to the Home, Sackley certainly understands the importance of our mission. Even before she was on the board of her family’s foundation, she was able to see how Mercy Home changes lives firsthand.

When Sackley was working as an admissions director at a Parish school, she recalls a student who was having problems at home. Eventually, the principal reached out to Mercy Home, and the student became a resident at our Home.

“I’ll never forget it – because I was like, ‘thank God there are places like that,” Sackley said.

“After reading Fr. Scott’s book about awareness, and love, and offering mercy, and the tragedies that these kids have experienced, they come to your door – and sometimes the hardest thing is just getting to the door. But once they’re in, there’s that threshold of hope, and love, and care.”

We are so grateful to have the support of Sackley and everyone at the Fred B. Snite Foundation. Our Home has grown tremendously since they offered their hand in friendship more than 30 years ago, allowing us to help countless children and bring positive change to our communities. And we are honored that the Snite family legacy lives on throughout the halls of Mercy Home. 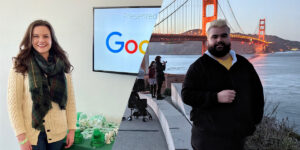 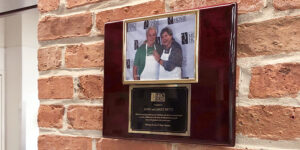 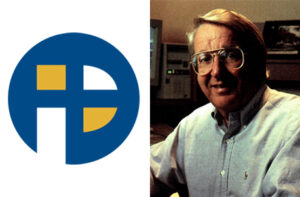 The Pulte Family Charitable Foundation: A Cornerstone of Support

To build a good home requires a strong foundation—one that every family member can trust for the support they need...