When Parents Support Each Other, Our Kids Win

Research shows that when parents participate in support groups, it helps them build healthy parenting skills, an increased sense of empowerment, and a feeling of belonging. These groups are especially helpful for parents of children dealing with anxiety, depression, or other mental health issues.

With this is mind, it’s not surprising that when Mercy Home supports and empowers our kids’ parents, we also support and empower our kids! That’s why in addition to the support and resources Mercy Home provides to our young people, we also provide parental support to their parents and caregivers through support groups.

Prior to the pandemic, Mercy Home offered monthly or bi-monthly meetings for all of our parents. When this became impossible due to health and safety issues, our clinical team knew that they needed to find a way to continue providing support to parents.

“There were a lot of parents that we were running into that were under high stress,” Clinical Director Alban Fisher said. “I [wondered], how can we start to do something on telehealth for the parents?”

Around that time, Juan Medina, the manager of community partnerships and marketing, connected with Margo Chávez-Easley, a social worker with Cook County Health. Chávez-Easley was well-versed in the Positive Parenting Program (more commonly known at Triple P), a program that aims to increase the knowledge, skills, and confidence of parents while also preventing and treating behavioral and emotional problems in children and teenagers. Medina was immediately intrigued, thinking that this could be a great resource for our parents if our Home could find a way to deliver it to our parents during a pandemic.

“The three of us got linked and began to really dive into it, not knowing if it would work,” Medina said. “Telehealth was something that I know had been done in other organizations, but really not to the fullest sense like we know it now.”

But Mercy Home’s coworkers were determined to make it work. They quickly found a group of parents who were interested in joining and had a desire to be engaged in the process. They asked for a commitment to weekly meetings over a period of six to seven weeks, but the group enjoyed it so much that they are still meeting regularly.

This opportunity also came at the perfect time, according to Fisher, because they were trying to find a way to enhance the programming Mercy Home offered our parents, specifically through a more formal parent training group.

“[We wanted to] really give the parents new skills to learn because of the importance of the family engagement piece,” Fisher explained. “The parents need to learn some new skills to deal with their children’s behavior. It’s not just sending the kids here and we ‘fix’ them.”

While facilitating these parents groups, another need was identified—a Spanish-speaking version of the parent group.

“One of the things that was clear was that a significant number of our parents were Spanish speakers only,” Medina said. “So we talked and discussed how to best do this. And [Chávez-Easley] ended up translating a number of the Triple P program’s [materials]. … We wanted to make sure that the parents support program was available to everybody, so that as an agency, we’re responding to that need to the best of our abilities.”

The choice to use the Triple P program in our parenting groups was based upon the need to provide simple tools that all parents could utilize to affect change and support their child.

While the original plan was to hold two-hour sessions that cover four topics per session, Fisher, Medina, and Chávez-Easley decided to let the parents choose the pace so that they could have the time they needed to process and discuss all the information being presented to them. Chávez-Easley explained that the curriculum covers things that may seem basic, like the importance of listening to your child, looking them in the eye, and thinking about traps that parents fall into, but they make a big difference.

“It’s nothing extraordinary, but it really helps parents self-regulate,” she explained, adding that they talk about various kind of skills and allow parents to choose what works with their child.

The groups also provided an opportunity for parents to discuss something they all had in common: what it’s like to have to place your child in a residential treatment facility like Mercy Home.

“They did talk about how it’s hard when you put your kid in residential,” Fisher said. “[There are] feelings of shame and embarrassment so it’s hard to talk to other people about it, but it’s easier with other parents who are going through the same thing. And they brought that up multiple times as what they liked about the group or what got them engaged.”

This is the non-curriculum part of the group—time for parents to discuss what’s going on and provide support for one another. There is time in each meeting for parents to check in, talk about their day, or share frustrations or wins of the week.

The parents also had the opportunity to discuss ways to implement what they were learning each week. For example, after talking about self-care, one of the parents decided to do a 30-day self-care challenge and asked the other parents in her group to do the same.

“That was really when I thought, okay, we’re in a really unique space now, where they’re bringing ideas and supporting one another,” Medina said.

Since these groups have begun, the group has been hearing feedback from our therapists that the parents were trying to use the skills they learned and were discussing these new parenting strategies in their communications with our clinical staff. This was very encouraging news that these meetings were making a difference.

Fisher, Medina, and Chávez-Easley agree that the success of these groups can be attributed to our parents not feeling alone in trying to implement these skills.

“Having the affirmation from the other parents that something is working for them could push another parent to try it,” Chávez-Easley said.

Fisher added that the presentation used in the groups was also a key to success. He explained that they always aim to present the information in a respectful way that never feels like talking down to the parents. Instead, they focus on practical skills that meet parents where they’re at.

Thanks to the benefit these groups are having on our parents, our Admissions team has begun to present them to parents whose children are just moving in. The current goal is to roll out a new parent group every ten weeks.

And while the programs have been tremendously helpful for our parents, they are also providing great benefits to the children in our care. At the heart of the curriculum of these classes is helping our parents find ways to connect to their child, whether it be through providing the attention they are seeking or finding ways to praise and focus on their good behaviors.

“Even over phone conversations, I think they have been able to manage a better conversation with the kids or connect with the therapist better on how to come up with a plan for a reward at the end of the week,” Chávez-Easley said. “I think it really changes the relationship with the kid and being able to view their kid as more than just the troublemaker that they’ve maybe viewed them as before.”

Fisher added that even just helping our parents and kids connect in a more calm way makes a tremendous difference.

“It’s going to take a burden off the child,” Fisher said. “I do think children often internalize everything is their fault. And parents who use certain words or yell or use a certain tone are reinforcing that. So if parents can calm down, it just helps the whole family move forward.”

Parents are also able to use their new skills with younger children who are still in the home with them. This helps create a home environment with more structure for both these younger siblings and also when our kids go home for visits.

“We heard from parents saying the home visits went much better than previous times because now they had a strategy in terms of how to keep themselves calm, and also how to set some guidelines and follow up in those guidelines are not being met,” Medina said.

And, ultimately, Mercy Home’s goal is that our children can eventually return home if a safe and healthy environment is provided for them there.

“We invest a great deal of time and effort during the time that a young person is with us,” Medina said. “It just makes sense that we work much more closely with the parents to begin to change the dynamic at home and to make sure that the family culture is one where there is safety. … The hope is that these parents have the tools to be able to implement [what they learned] in a way that’s effective.” 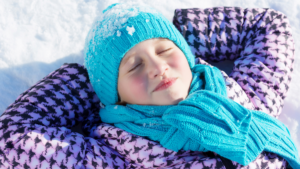 What do you do when you’re in a winter slump?

And suddenly, you’re awoken by a sound that steals you from sweet sleep: The morning alarm.  And with it, a... 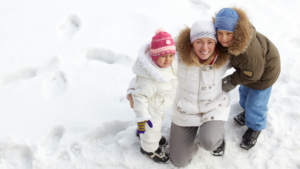 There comes a day in every parent’s life when we must accept the inner wisdom of our children. We may... 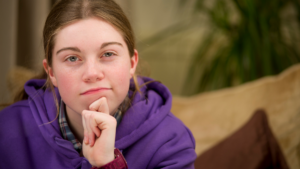 By the time you’ve read this, you may already know how the story of 2021 ends. No matter when you...