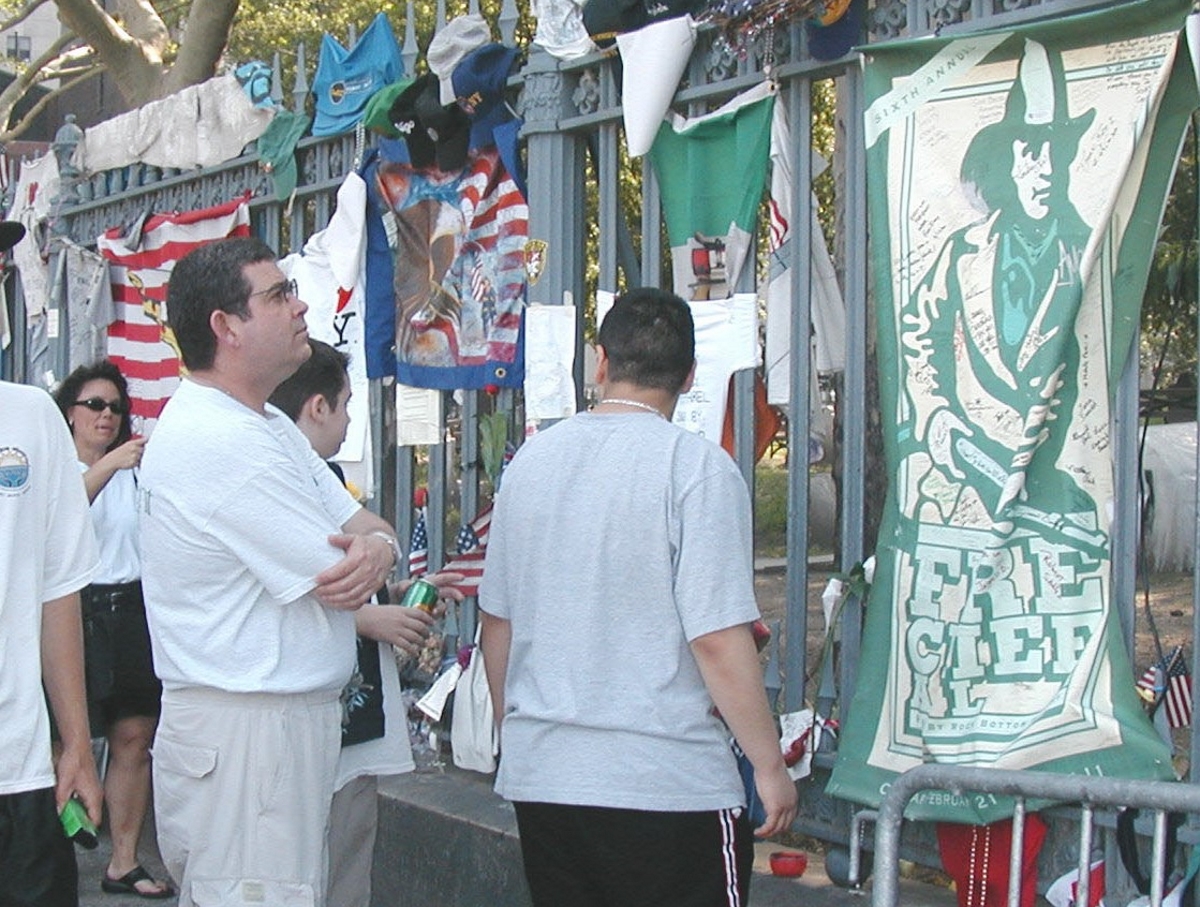 In the summer of 2002, Fr. Scott Donahue and several of our young people visited the Ground Zero site in New York City to pay their respects to the 2,753 people who died there less than a year before.

The footprint of the World Trade Center had been cleared of rubble and debris by that time, leaving visible two hollowed­out squares. “Seeing those empty spaces where the towers once stood—those holes in the earth—was one of the most profoundly moving experiences of my life,” Fr. Scott said as he thought back on that visit. “And they dramatized for those looking down into them the void left behind by the many who were lost.” Several buildings surrounding the site also still bore evidence of the attack months earlier. Windows were boarded and scaffolding surrounded many of the structures as work continued on repair and rebuilding.

Fr. Scott said, “the trip to the Ground Zero site allowed us to connect more closely to the scale and immensity of this tragedy. As we looked upon the still scarred portions of lower Manhattan, and the memorial that was made up of thousands of notes, mementoes, and tributes left there by previous visitors and loved ones of the fallen, we reflected on the loss of life, prayed for the victims and those who grieved for them, and prayed for God’s peace in this world.”

The group had been selected for the service trip to New York City as part of a program that recognizes and rewards our young people who excel in our program and in school. In addition to their visit to Ground Zero, the youth volunteered in a beautification project in nearby Battery Park, planting trees and flowers in a garden there.

“It was a modest gesture that our young people could do to show their solidarity with the people of New York City. And, it was a way for us to cultivate hope and peace in a place that was marred by violence and extremism. By adding life to a landscape that had been so violently assaulted, our youth showed those responsible for the attack that our children represent our determination to rebuild, to make better a world that others seek to destroy,” Fr. Scott said. “September 11th showed us that airplanes in the hands of those who hate can be used as terrible weapons. But our young people showed us that love will always triumph in the end.”

With the help of donors, Mercy Home youth have traveled to other parts of the country to lend a hand and learn the value of giving back to others in need. Trips have included building homes with Habitat for Humanity, rehabbing a youth center in Maine, and several trips to help those affected by the 2005 Hurricane Katrina in New Orleans.

Below are some of the photos that the group took of their trip to Ground Zero in the summer following 9/11.

Mercy Home for Boys & Girls is celebrating its 130th anniversary by featuring stories from our past, decade by decade. Visit our timeline for more stories!