Trauma and Brain Development in Children

The Shift to Trauma-Informed Care

In recent years, new research compiled by the Child Welfare Information Gateway on early brain development has provided fresh insight on how trauma effects the developing brain during infancy and childhood. Where practitioners once used psychological, emotional, and behavioral terms to diagnose the effects of trauma, there is now scientific evidence of altered brain functioning due to early abuse and neglect.

“There’s been a shift from ‘what’s wrong with you’ to ‘what’s happened to you?’ I think this really sums up what trauma-informed care is all about,” said Emily Neal, Mercy Home for Boys and Girls’ clinical director.

Neal credits the Adverse Childhood Experience Study (ACE Study), conducted by Kaiser Permanente and the Centers for Disease Control and Prevention, as a catalyst for this paradigm shift. The landmark study, published in 1998, demonstrated a direct correlation between the number of adverse childhood experiences – like abuse, neglect, and trauma – to health and socials problems later in life.

“There’s been a shift from ‘what’s wrong with you’ to ‘what’s happened to you?’” – Emily Neal, Clinical Director at Mercy Home for Boys & Girls

“It became indisputable that family issues and conditions causing stress among people was actually a public health issue,” said Neal. “That warranted funding, focus, and attention from government and larger agencies that had capacity to determine the direction of research.”

These new perspectives gave way to innovations in the clinical field of trauma-informed care.

“What’s been most innovative is the attention we are now paying to the body and other forms of processing, apart from talk therapy,” Neal said. “Sometimes language centers go dark when the nervous system is activated. Sometimes there aren’t words to describe what happened to you or to articulate the feelings and impacts associated with trauma.”

Neal added: “Some of these more sensory or body-based interventions we’ve been exploring through the Trauma Center and through the Child Trauma Academy, to me, that’s been really innovative – understanding how occupational therapy principles can be applied to trauma survivors and give kids new ways to manage their energies.” 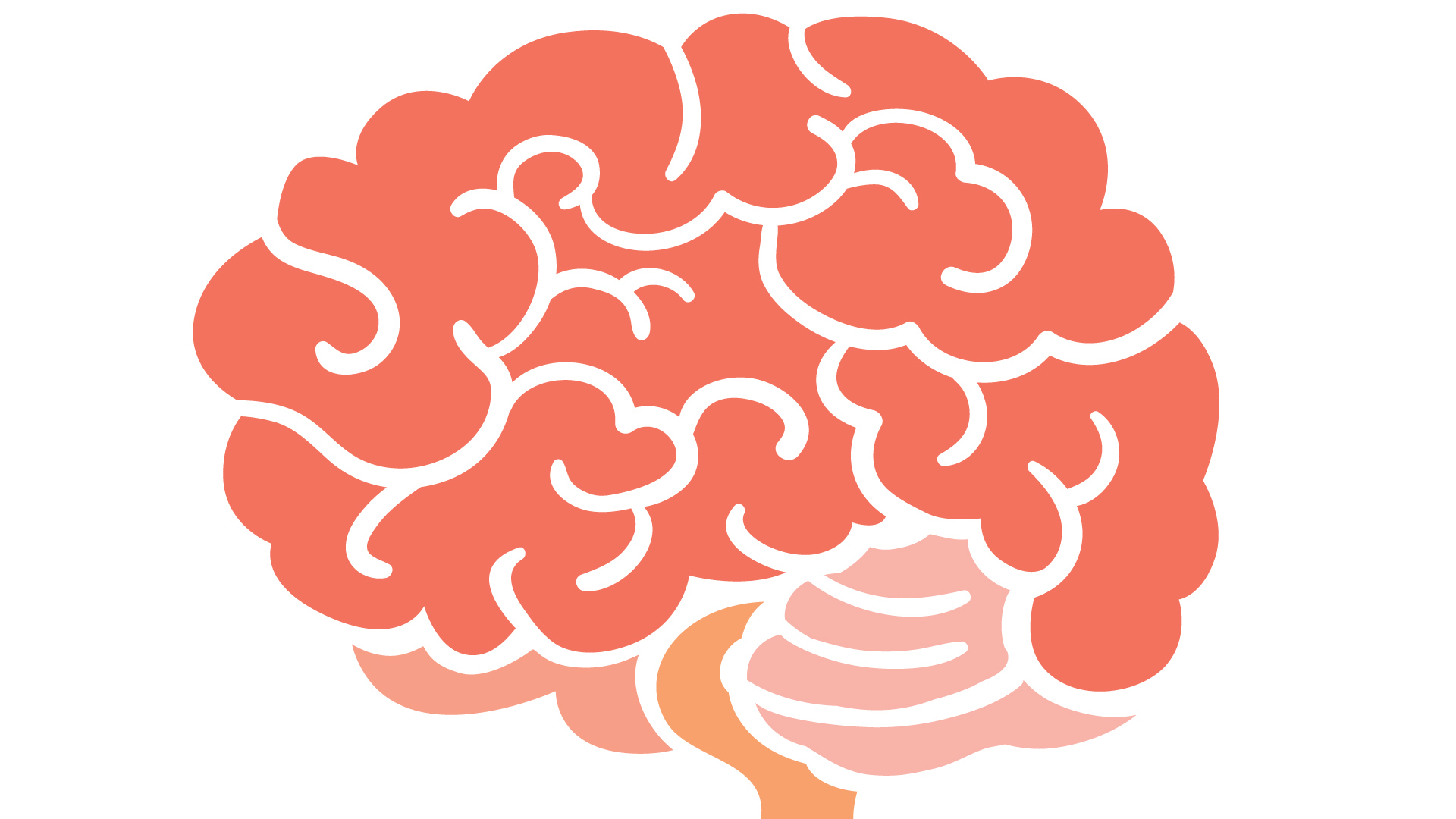 Some studies on adolescents and adults who were severely neglected as children indicate they have a smaller prefrontal cortex, which is critical to behavior, cognition, and emotion regulation

Maltreated children and adolescents tend to have decreased volume in the corpus callosum, which is the largest white matter structure in the brain and is responsible for interhemispheric communication and other processes.

Adults who were maltreated may have reduced volume in the hippocampus, which is central to learning and memory.

Maltreated children and adolescents tend to have decreased volume in the cerebellum, which helps coordinate motor behavior and executive functioning.

Abuse and neglect can cause overactivity in this area of the brain, which helps determine whether a stimulus is threatening and trigger emotional responses.

By the age of three, a child’s brain has reached almost 90 percent of its adult size. During those first three years, higher functioning brain regions, like the limbic system and cerebral cortex, grow rapidly. These regions are crucial to child development because they regulate emotions, language, and abstract thought. To reach full potential, these regions largely depend on receiving stimulation, which triggers activity and provides the foundation for learning.

If this stimulation is lacking or absent, for example if a child’s caretaker is inattentive, hostile, depressed, or cognitively impaired, the child’s brain could be damaged. Because the brain is malleable, it will adapt to a negative environment just as easily as it will adapt to a positive one.

Brain development is the process of creating, strengthening, and discarding connections between neurons, the building blocks of the brain. These connections are called synapses, which are essentially junctions of nerve impulses on the super highway of consciousness. At its peak, the cerebral cortex of a healthy toddler creates two million synapses per second. By the age of two, a child’s brain has approximately 100 trillion synapses.

Based on the child’s experience, certain synapses are strengthened and remain intact, while non-essential synapses are shed in a natural elimination process called pruning. For example, an infant’s brain makes connections to hear language. Over time, synapses that correlate to parental voices will strengthen, while synapses that correspond to a stranger’s voice will weaken and be discarded.

For children who experience trauma, their brains are at risk of pruning vital synapses that should remain intact. For example, infants are genetically predisposed to form strong attachments to their primary caregivers. But if the caregiver is neglectful, that durable bond might be severed, or pruned. This broken connection can have ripple effects on into adolescence and beyond, perhaps contributing to a young person who finds it difficult establishing trust with adults.

When a child’s environment is filled with domestic violence, physical abuse, chaos and other catalysts of toxic stress, their brains may become hyper-alert for danger or not fully develop. As their neuronal pathways strengthen to cope under these negative conditions, they may struggle to respond to a kind and nurturing environment.

Potential Effects of Trauma on a Child’s Functioning 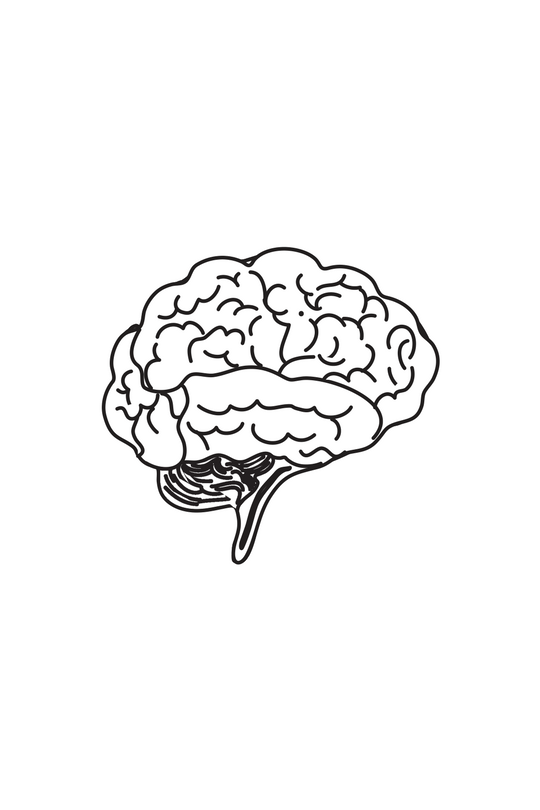 The frontal lobe is responsible for emotional responses, and also processes sight and smell.

The chronic stress of repeated trauma can produce a number of biological reactions, such as a persistent state of fear. This adaptation, while beneficial in a hostile world, can become a routine way of life that’s hard to change, even if a child’s surroundings improve.

For example, if a child was mistreated at a playground by a tall uncle, they might experience that same fear whenever they walk by a playground or encounter a tall man who poses no threat. This generalized fear response can lay the foundation for future anxiety disorders, such as post-traumatic stress disorder, (PTSD).

“Certain cues can bring people back to the place where the abuse occurred,” Neal said. “Smells and sounds are big ones, too.”

When a child’s developing brain experiences chronic, traumatic stress, neuronal pathways for the fear response become routine and create memories that automatically trigger that fear without conscious thought. Children can become very sensitive to nonverbal cues, such as eye contact or a touch on the shoulder, and are more apt to misinterpret them.

Overwhelmed with the need to scan nonverbal cues for threats, their brains may find it hard to appropriately respond to verbal cues, even in an environment considered to be safe, like a classroom. A child who feels threated by groups of people might feel the need to always monitor his classmates and be more likely to disregard a teacher’s voice. 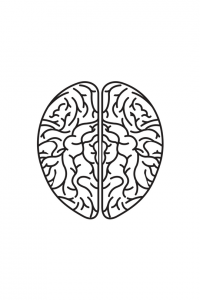 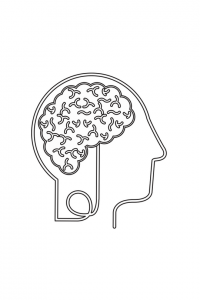 Studies show that maltreatment may permanently alter the brain’s ability to use serotonin, a neurotransmitter that helps produce feelings of contentment and emotional stability.

Chronic trauma can lead to chemical and structural changes in a child’s brain that regulate emotion and stress. Abuse and neglect can affect the connection between the amygdala and hippocampus, which can initiate the development of depression and anxiety by late adolescence. Additionally, studies show that maltreatment may permanently alter the brain’s ability to use serotonin, a neurotransmitter that helps produce feelings of contentment and emotional stability.

Executive functioning typically includes three distinct features: working memory (the ability to keep and use information over a short time period), inhibitory control (the filtering of impulses and thoughts), and cognitive flexibility (adjusting to altered demands, perspectives, and priorities). Even at an early age, maltreatment can cause deficits in all areas of executive functioning. Deficits might manifest as lower academic achievement, decreased IQ, intellectual deterioration, and short attention spans. 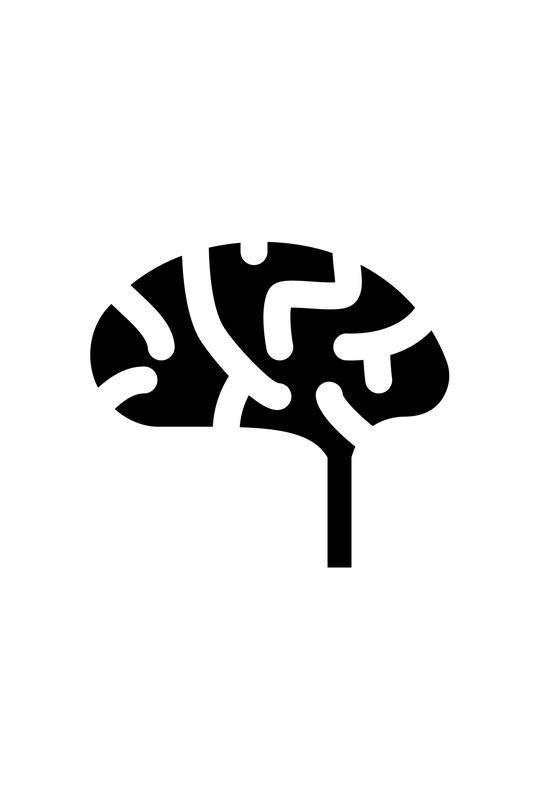 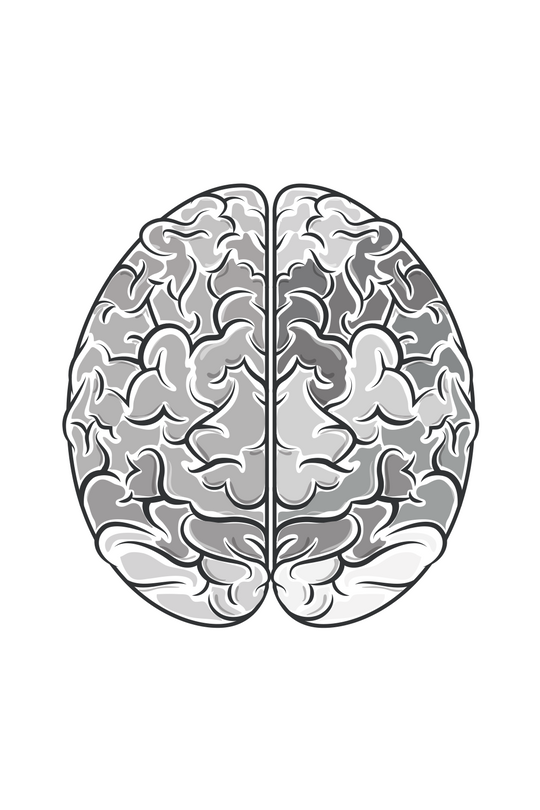 Lack of cognitive, emotional, or social stimulation during a child’s early years can lead to weak neuronal pathways that inhibit a child’s ability to achieve developmental milestones like speech.

Neglect is not restricted only to physical needs. Failure to meet a child’s cognitive, emotional, or social needs also constitutes as neglect. Lack of stimulation in these areas during a child’s early years can lead to weak neuronal pathways that inhibit a child’s ability to achieve developmental milestones.

For example, if an infant’s sounds are repeatedly ignored when they start to babble at six months, their language development – which grows rapidly at 18 – 24 months – may be significantly delayed. These delays can occur across the spectrum of normal development for neglected children, including their cognitive-behavioral, socio-emotional, and physical development.

Studies suggest that children who have experienced traumatic stress and abuse are less responsive to positive stimuli. For example, a mistreated child might show ambivalence towards receiving compliments, when a child who was treated well might feel proud and accomplished. Abused and neglected children also exhibited a weaker response to cues in the basal ganglia areas of the brain responsible for reward processing.

“If their self-concept is rooted in all of the negativity that they’ve witnessed or been told about themselves, it’s hard for them to believe people are sincere when they’re saying or doing positive things,” Neal said. 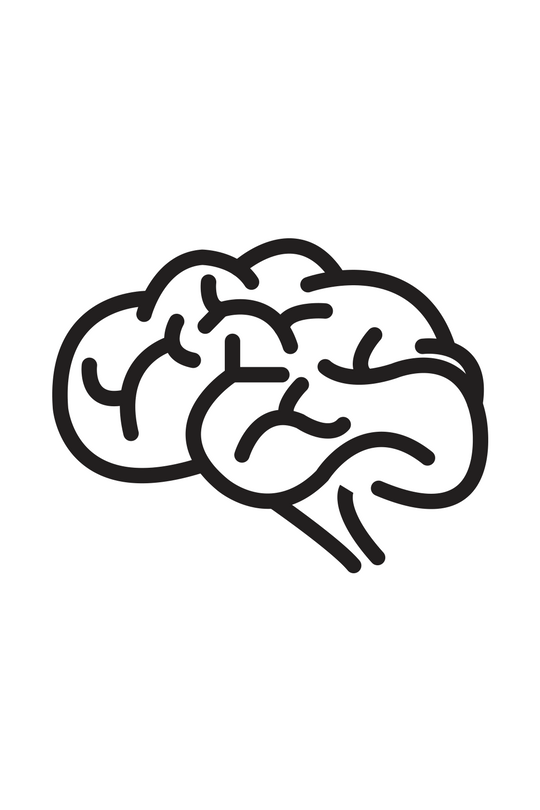 Abused and neglected children often exhibit a weak response to cues in the basal ganglia areas of the brain responsible for reward processing. 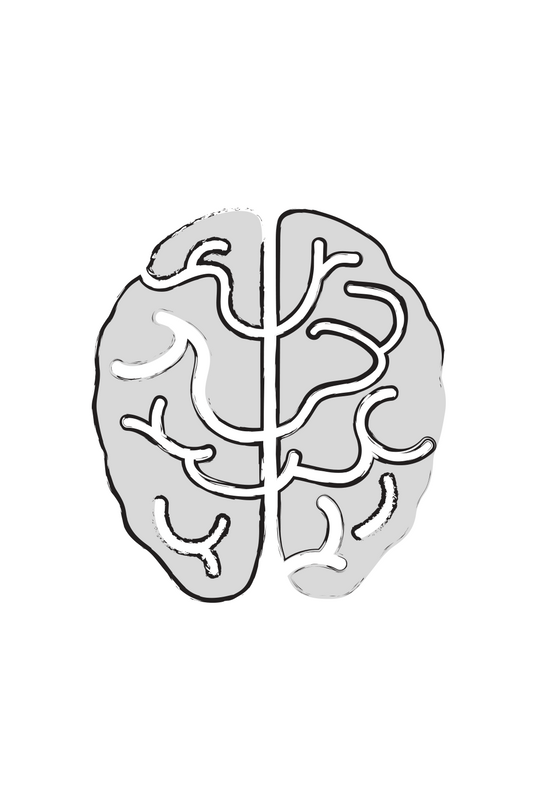 Toxic stress can hinder brain development in such a way that makes engaging with others in social settings feel uncomfortable and daunting. Children who have experienced trauma often find it difficult to adapt to shifting social contexts while navigating interactions in public situations. For example, an abused or neglected child might misinterpret a nonthreatening facial expression as one of disrespect, which could then trigger an angry reaction.

How Mercy Home and Others Can Help

Children who were raised in environments full of toxic stress, abuse, and trauma experience a profound amount of cognitive damage. However, this damage is not beyond repair. Studies show that maltreated children can see positive effects on brain development and functioning when their living situations improve.

Mercy Home for Boys & Girls plays a key role in this healing process. Through our trauma-informed model of care, our young people receive strengths-based therapy and counseling that will help them build resilience and heal from the trauma of their pasts. Mercy Home has built its current model of care on multiple evidence-informed frameworks in the field of child and adolescent traumatic stress, including the Attachment, Regulation, and Competency Framework (ARC) from the Center for Trauma Training, The Transition to Independence Process (TIP) from the Stars Training Academy, and The Neurosequential Model of Therapeutics (NMT) from the Child Trauma Academy. Emily Neal and coworker Jeremy Karpen are now trained and credentialed to consult with youth care agencies across the country to help them apply the ARC framework. In addition, Mercy Home staff is training several Chicago-area schools on how to recognize the signs of trauma in students and provide trauma-informed classroom care.

Through your support of Mercy Home, you can help improve the living situations of young people who have survived traumatic situations and provide them with a nurturing atmosphere full of opportunity.  You can also join us and reach out to your Representative in Congress to encourage them to support trauma-informed care. Together, we can repair our kids’ painful pasts with hopeful futures. 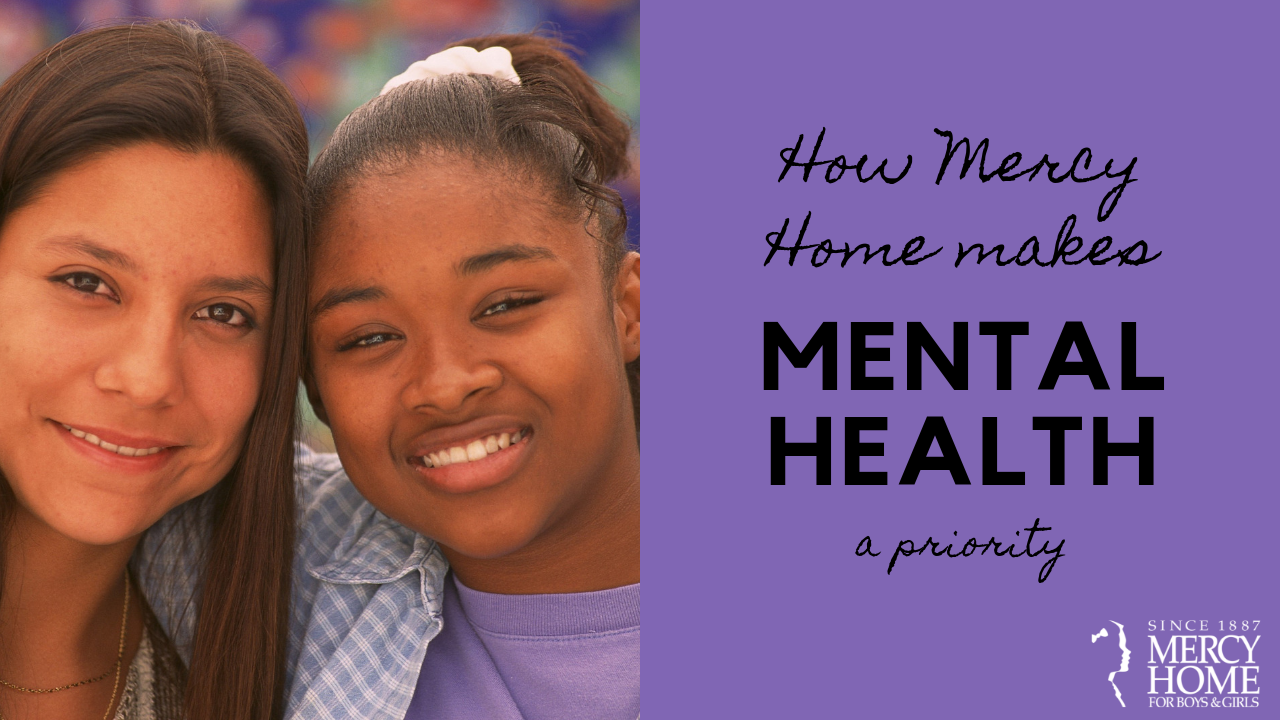 Mercy Home for Boys & Girls offers a variety of mental health resources to support the wellbeing of our young... 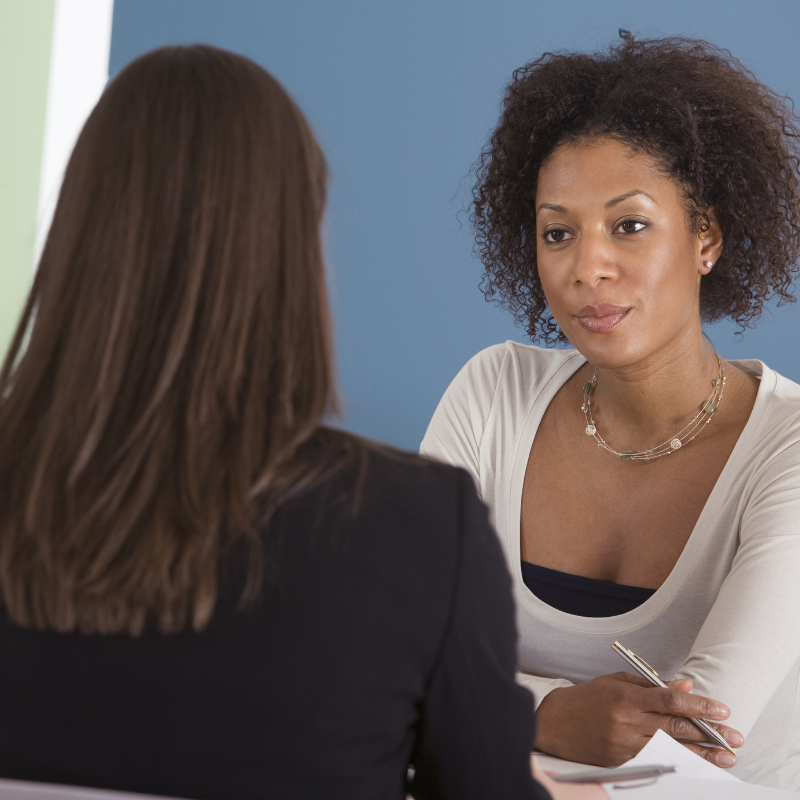 Helping Your Teen Find a Job: 5 Tips for Job Interviews

When helping your teen find a job, you want to make sure they are prepared for interviews. Here are some... 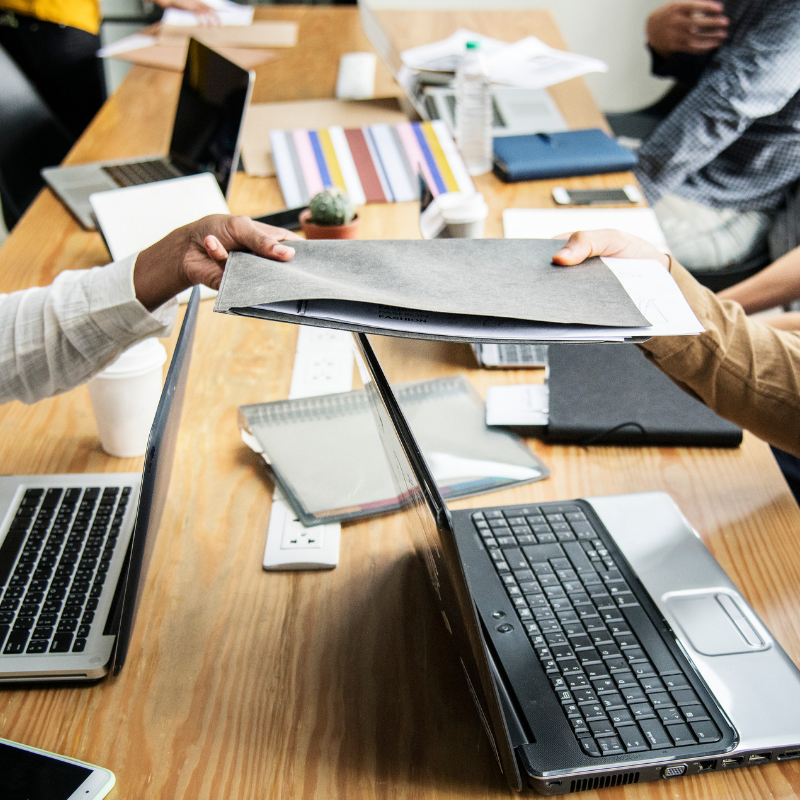 Filling out a job application correctly is an important part of making a good impression. Here are some ways to...