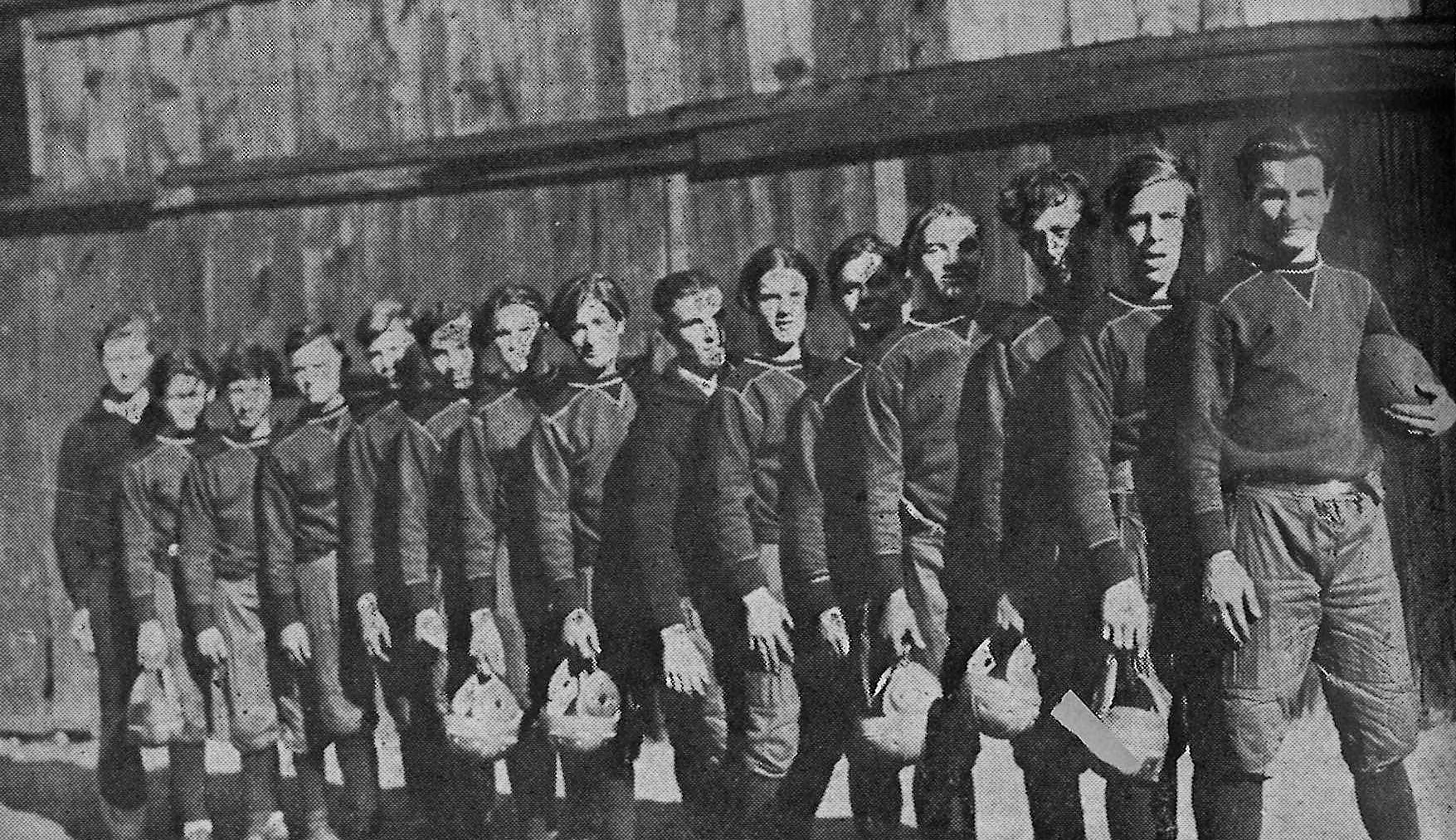 The decade of the 1920s was America’s Golden Age of sports. Radio and newsreels helped feed a post-war nation’s appetite for new heroes. Names like Babe Ruth, Jack Dempsey, and Knute Rockne became familiar in households everywhere and were worshiped by throngs of fans that packed massive newly built arenas.

It was into this era of big-time sports that in 1926 we introduced the “Mission Flashes” football team, a plucky band of orphaned and abandoned boys.

Like all the young men they represented back at the “Working Boys Home”, as Mercy Home was known then, the Flashes were underdogs from the day they were born. Taking the field in black and orange uniforms, the team struggled in its inaugural campaign against area school teams, winning only one of five games played that year. But with hard work, patient coaching and a commitment to mastering the fundamentals of the game, their fortunes improved.

At the height of the Great Depression, in 1935, the Waifs Messenger magazine reported that the Flashes had won seven of the eight scheduled games played that season with one left to go against their “heated rival” Loyola. Further, they had outscored their opponents during that stretch 149-12.

While Mercy Home’s first quarter century was marked by the expansion of new trade and occupational education programs designed to prepare youth to become self-reliant adults, its next 25 years saw an increased emphasis on organized athletics as a way to establish a foundation for success by building mind and body. The Mission also launched a basketball program around the same time it fielded its new football team and planned to organize a baseball team the following summer.

In the 1930s the Home was central to the athletic programs of the Catholic Youth Organization, which had been created by Chicago’s Archbishop Sheil. The CYO brought young people together from across the city to compete in a wide variety of sports, including its famous boxing program, which became the inspiration many years later for Mercy Home’s annual amateur boxing fundraising gala, Ringside for Mercy’s Sake.

Today, our young people continue to compete in organized athletics through the Illinois Interagency Athletic Association and our annual Hoops to Homework basketball tournament. In addition, many of our young people have been athletic stand-outs on teams at one of the many area high schools they attend.

Read More about Our History