Rita Garvin, the first program director of the girls home, addresses the crowd at the 30th Anniversary of the Margaret Walsh Campus.

In 1987, Rita Garvin, an assistant principal at a South Side Catholic high school, received a questionnaire from Mercy Home inquiring about the need for a home for girls in the area, similar to the one that Mercy Home operated for young men on the city’s West Side for 100 years. Garvin answered ‘yes’ enthusiastically. In the comments sections she wrote, “If you need anyone to work there, let me know.”

A career educator, Garvin was working toward professional change at the time. “I’d always wanted to go into social work,” she said. “So I was working on a degree at the Jane Addams College of Social Work at The University of Illinois at Chicago.

“There was a real need for a type of shelter for girls at that time. There was a lot of troubled families. And there was nothing – no real resources in the Chicago area for girls, unless you were on public aid.”

That year, Mercy Home and the Beverly Area Planning Association discussed the availability of the retreat house operated by the Sisters of the Cenacle at 116th and Longwood Dr. Located atop a gently sloping hill on a quiet residential street, the property included a mansion built by its former owners – drugstore retailers, the Walgreen Family – as well as a newer, dormitory-style south wing built by the Sisters. Fittingly, the newer wing included a beautiful prayer chapel, with stained glass windows depicting women in a number of professions – a sign of what lay ahead for girls who would find spiritual, educational, and vocational guidance at our Home over the next 30 years.

After reviewing the site, Mercy Home President Father Jim Close and Cardinal Joseph Bernardin, Archbishop of Chicago, approached then Walgreen Company President, Charles Walgreen III, about acquiring the facility. Walgreen purchased the property from the Sisters, then generously donated it to the Archdiocese of Chicago for Mercy Home’s new girls home. It made it possible for Mercy Home to open a bold new chapter in its centennial year and a serene refuge where young women could heal and grow.

Immediately, Mercy Home began developing a therapeutic, residential program for the first group of residents who moved in by 1988. The person picked to lead the creation of our girls program: Rita Garvin, who oversaw treatment for our young women for 15 years, until 2003. 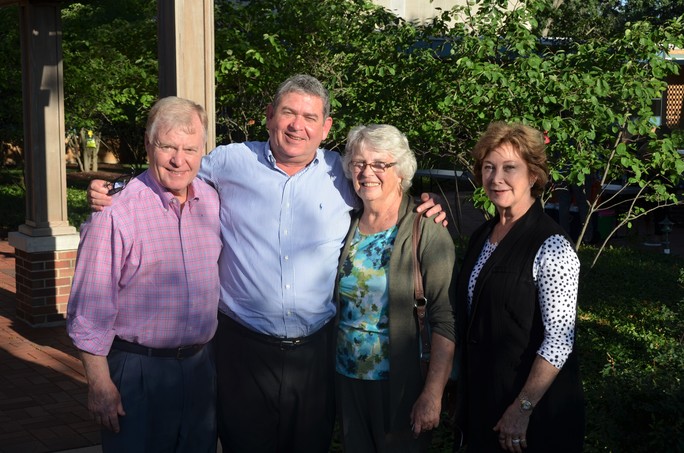 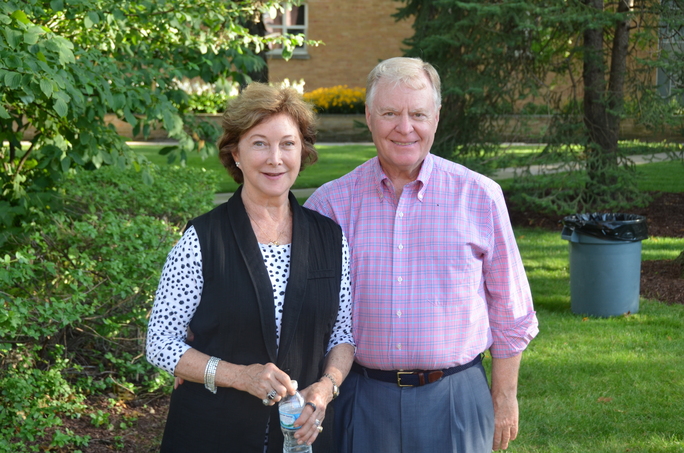 The girls home quickly grew. By January 1989, full capacity was reached with 12 youth. In 1991, the campus expanded its services by opening another program, eventually housing another group of 12. The girls home expanded twice more—first in 1995, with a program for younger girls and again in 1998 with a home to prepare older girls as they transitioned to more independent living.

In 2002, all four programs were named in honor of those who paved the way for us to establish the girls home. The original program, housed inside the former Walgreen mansion, was renamed in honor of the family whose donation of the property made our dream of opening a girls home a reality. The second program was named after Sister Theresa Couderc, founder of the Sisters of the Cenacle. The next two programs were named after Mother Elizabeth Ann Seton, who established the first Catholic orphanage, and for the late Cardinal Joseph Bernardin. In 2015, the site was officially named the Margaret Walsh Campus.

Walsh, who passed away in 2004, was a lifelong resident of the Beverly community and career teacher in Chicago Public Schools. She was a generous benefactor of the Cenacle and a regular visitor. Her sons Dan and Matt – founders of The Walsh Group construction company – along with their families, are longtime supporters of Mercy Home.

The Walsh Campus name is a tribute to Margaret’s lifelong commitment to empowering children through education and a recognition of the Walsh family’s loyalty to Mercy Home’s mission.

During the 30th Anniversary celebration of the Walsh Campus in 2018, Garvin was honored at a ceremony in the Home’s idyllic backyard. Among those in attendance were many of Garvin’s former colleagues and good friends of the Home, including Dan Walsh and his wife Patty. Addressing the crowd, Father Scott Donahue called Rita “the foundress” of the girls campus. “The energy, the genesis, and the structure of the Walsh Campus program – much of what we have today is because of Rita Garvin,” he said. “She was the woman who really made the girls home a home, in terms of putting her heart, love, and creativity into it.”

As part of the foundation of the Walsh Campus, Rita sees herself reflected in today’s program, which she says has only become stronger and more sophisticated. “It’s always been the same mission,” she said. “There used to be a slogan we used about giving children roots and wings. I really think that’s what Mercy Home has always done and I think that continues to be the process today – helping kids see what’s out there and how they can redirect their lives to get there.